If there is one big takeaway from this year’s list of 40 Rising Stars, it’s that the future of the venture industry is bright. On top of excelling in their primary roles, many of this year’s Rising Stars spend significant amounts of time helping to bring more women, people of color and other underrepresented groups into the industry.

Here are a few, in no particular order. 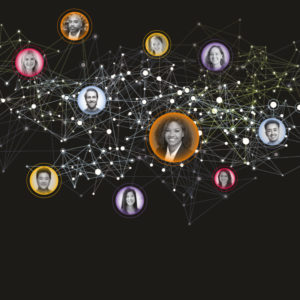 Jazmin Medina is a principal at NewView Capital. In her spare time, Medina is an investment committee member for the Cap Table Coalition, which aims to increase investment opportunities for underrepresented investors. She is also a member of All Raise, a non-profit whose goal is to accelerate the success of female and non-binary founders and investors.

Clayton Bryan is a partner at 500 Global, where he leads its accelerator program. He also helped launch the firm’s DE&I event series and develop resources for diverse founders, including Transparent Collective, a non-profit organization providing programming for underrepresented founders.

Ben Stokes is founding partner of Chasing Rainbows, which invests in underrepresented LGBTQ+ founders. He also works closely with StartOut, a non-profit organization serving the LGBTQ+ community, and he has helped more than 250 emerging LGBTQ+ investors learn about term sheets, how to approach LPs and best practices in due diligence.

Maria Buitron is a principal with Piva Capital, where she invests in companies working on solutions to decarbonize industries such as steelmaking. Outside of work, Buitron is a mentor for VCFamilia, whose goal is to “bring Latinx cultures into the venture community and increase representation in investment roles.”

Sabrina Tharani Libby is vice-president of global start-up and venture partnerships at Mastercard, where she manages a portfolio of more than 350 start-ups in 42 countries. She also recently helped launch a small business program that funds Black founders.

Pocket Sun is co-founder of SoGal Ventures, which invests in underrepresented founders. She is also co-president of SoGal Foundation, a non-profit that provides grassroots communities, education and access to women and minority founders in more than 50 cities on six continents.

Sara Zulkosky is co-founder of Recast Capital, where she has been a key driver behind the fund-of-fund’s tuition-free, virtual education platform, which provides emerging managers with a structured curriculum led by veteran GPs, LPs and service providers. The program has helped 65 funds so far, of which 82 percent have included at least one GP who identifies as a woman or as non-binary.

King Goh is a partner at Headline, where he focuses on growth-stage and US fintech investments. He is also actively involved with Gold House, an Asian and Pacific Islander community organization, working with its venture investing fund dedicated to API betterment.

Oana Olteanu is a partner at SignalFire, which playfully describes itself as a “a team of competitive data nerds.” Olteanu also started ShesReady2.dev, a community that offers access to technical jobs, compensation benchmarks and mentorship for women.

There are many more people on our list who make time outside of their demanding jobs to give back and help those who haven’t been traditionally represented in VC. Holding the door open for underrepresented populations invites more diverse viewpoints, which can only help with the long-term success and growth of the venture business.

Read about all of this year’s Rising Stars: