Brian Ksenak from Morgan Stanley had emerging managers on the brain, Allen Latta of Campton Private Equity Advisors gave some fundraising tips and Jessica Strauss from Dundee Venture Capital had thoughts on blogging.

Those were some of the highlights from the PartnerConnect West Conference, held at the Fairmont Hotel in San Francisco Sept. 23-25. Venture Capital Journal, along with our affiliate publications Buyouts and PE Hub, have held this conference annually every fall since 2011 in downtown San Francisco or down the coast in Half Moon Bay.

The weather is always great here on the West Coast, and the views never disappoint. In recounting what happened at the conference, there was a lot to mull over for the nearly 200 GPs, LPs, bankers, advisors and others in attendance.

On a panel with emerging managers sharing their secrets to success, Ksenak, executive director of investment management at Morgan Stanley, noted what opportunities exist for GPs interested in launching their own funds. “We’re seeing a huge increase of talented managers from firms with succession issues split off and raise funds,” Ksenak said.

And what kind of fund is the most popular? Anecdotally, it appears the earlier the better for emerging managers, according to Julie Lein, who was on the same panel. The panel was moderated by Brenda Irwin, managing partner of Relentless Venture Fund.

“Seed is the new Series A and pre-seed is the new seed,” said Lein, co-founder and managing partner of the Urban Innovation Fund, a San Francisco venture firm that invests in the future of cities. “We’re seeing a proliferation of seed funds.”

Quin Garcia, managing director and co-founder of AutoTech Ventures, credited his strategic LPs for helping grow the firm and advance from an inaugural fund to raising a second fund. “Leveraging out unique sector focus and our strategic LPs helped a lot on deal flow,” he said.

Elsewhere, Latta advised emerging managers when pitching a fund they co-founded to show they have a track record of working together as a team. “LPs like to see the fund’s GPs work together within the fund strategy and see them in the process of sourcing and evaluating deals,” Latta said.

Plenty of panel speakers had advice for emerging managers and others in the venture ecosystem. Bill Bracamontes, managing director of Wilshire Private Markets in Santa Monica, California, said his team will usually have two manager meetings a day, sometimes two.

“If you’re in the area, it doesn’t hurt to drop me a line and see if we can meet with you, too,” he said.

Serina Yu of AlpInvest Partners, Maurice Gordon of Guardian Life Insurance Company and Cindy Chong of Invesco Private Capital, each shared their advice for PE and VC emerging managers in panel called “Tips and Tricks to Make Your Next LP Meeting a Breeze.”

They advised new fund managers to speak honestly and talk about competition and the market opportunities as well as the roadblocks they’re likely to encounter because.

“Chance are, we just talked to one of your competitors and we can sniff out pretty good what’s really true,” said Yu, vice president of AlpInvest.

On a panel with GPs and LPs entitled “Women and minority-focused venture funds on the rise,” Laura Andron, managing director of Hall Capital Partners, said that venture firms are becoming more diverse. And she sees a “great pipeline” of new fund managers coming up.

On the same women-focused panel, Strauss, a venture partner at Dundee, pointed out how a number of venture blogs are penned by men. “Aileen Lee [of Cowboy Ventures] coined the term unicorns,” she said. “What we need are more women bloggers leading the way and talking about venture capital.”

For more information on our next PartnerConnect conference or one of our PEI Media events worldwide, visit www.peievents.com.

In the meantime, tell me what you think of our conferences or what trends you see taking place in venture. You can contact me via my email at agoldfisher@buyoutsinsider.com. I look forward to hearing from you. 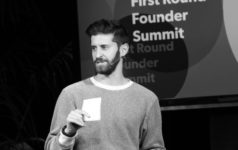 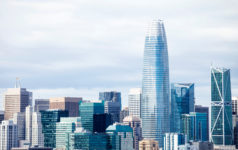