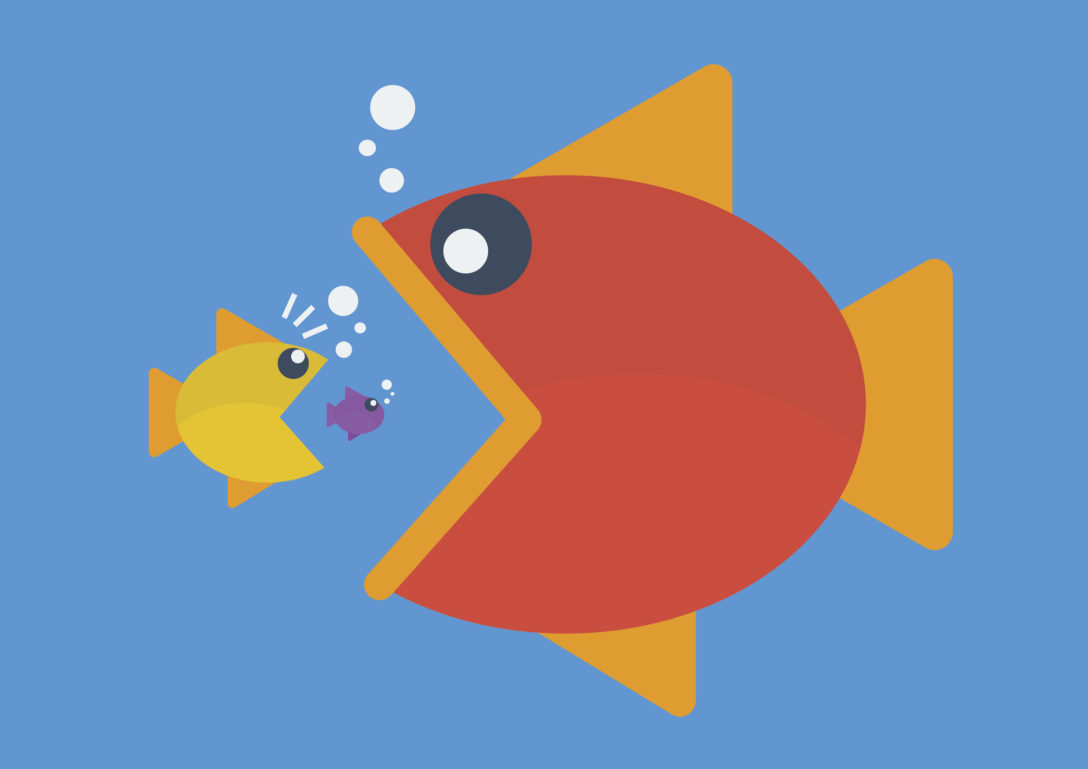 Buyout firms have been fishing in the venture pond for a very long time, but venture firms have mostly avoided throwing their lines into buyout waters. We may start to see that change, especially if recent efforts by Bessemer Venture Partners and Industry Ventures hook a big one.

As we reported last week, longtime early-stage investor Bessemer raised $780 million for BVP Forge, which will do buyouts in software and tech-enabled services companies based in North America, Europe, Australia and New Zealand.

“We’ve now offered something to CEOs and management teams that does not exist on the market today,” BVP Forge partner Rob Arditi told Venture Capital Journal. “There is no other venture capital firm with a standalone private equity fund. So as a CEO, you get all the benefits of a dedicated buyout fund, the dedicated value creation resources, total alignment, focused pattern recognition, depth, but layer on that all the benefits that Bessemer brings you.”

BVP Forge is certainly rare, but it isn’t alone. In fact, Industry Ventures, which pioneered venture capital secondaries, entered buyouts four years ago, raising $125 million for Industry Ventures Tech Buyout. It is now in the market raising $400 million for its sophomore tech buyout vehicle, according to a regulatory filing.

The San Francisco firm, which has about $5.5 billion in assets under management, got its start in 2000 as an investor in VC secondaries. In 2013, it launched its first fund of funds to support emerging VC managers, and in 2016 it raised Industry Ventures Direct to invest directly in the start-ups it was already familiar with through its secondaries deals and managers in its FoF portfolio. Two years later, Industry decided to replicate the strategy in buyouts: the tech buyout fund backs emerging buyouts managers and does buyout deals.

Industry declined to talk about the specifics of the new fund due to regulatory concerns, but its partners have written extensively about the concept. They published a white paper called Small Tech Buyout – The Fourth Exit Option in October 2018 and followed it up in June of this year with Private Equity Appetite for Venture Buyouts: A Look at Value Creation Post-VC.

Some of the key points:

“In absolute terms, U.S. VC-backed buyouts grew 46 percent YoY in 2021 while also consistently accounting for ~20 percent of total VC exit activity during each of the past five years,” Industry wrote in Private Equity Appetite for Venture Buyouts. “This increase in transaction activity is driven by several key dynamics, including the growing number of SaaS-based companies that are venture-backed, the large opportunity set created by VC-backed companies staying private longer, and the significant dry powder in the buyout ecosystem. We expect these forces to continue to drive venture buyout activity going forward.”

In fact, of the seven portfolio company exits Industry notched this year, three were buyouts: HRSoft was bought in September by Bow River Capital Partners, Extreme Reach announced in September that it would be bought by Gamut Capital Management, and Digital Shadows was bought in July by KKR-backed ReliaQuest.

In Private Equity Appetite for Venture Buyouts, Industry cited an estimate that decade-old venture funds are sitting on more than $85 billion in unrealized value. “This combination of unrealized value and term life will push venture managers to find buyers for their portfolio companies, enabling the growth of venture buyouts,” it predicted.

“Given the recent pivot of public market valuations and the increasingly uncertain macroeconomic environment, we expect investors to re-evaluate their portfolio construction needs and capital allocation in relation to venture funding rounds. With less funding available, we believe that venture-backed businesses will focus on cash management and prioritize profitability over growth.”

Fewer than 10 buyout firms are especially active in tech buyouts, doing 20 or more deals from 2019 to April 2022, according to research by PitchBook. Just three of those firms closed on more than 30 deals during that period: Vista Equity Partners (60 deals), Insight Partners (37) and Thoma Bravo (36).

Given the size of the opportunity, Industry believes there is lots of room for new tech buyout managers. It is particularly interested in teams spinning out of established players, “the newer, smaller control-oriented buyout managers, groups that are spinning out from Silver Lake or Thoma Bravo or Vista,” said a person familiar with the strategy. “They’ve pioneered that part of the buyout market and have been super successful and have raised much larger funds. There is a whole next generation [of tech buyouts funds] focused on that same opportunity with smaller funds, usually $500 million to $750 million. They are looking for companies a little bit smaller than the large groups go after.”

Industry noted in its 2018 white paper that as large tech buyout funds have grown, they have naturally moved on toward larger deal and have “created a void in the market that smaller buyout funds are filling… While the shift has benefited some larger tech companies, the current growth paths for smaller and more niche businesses are too limited to garner sufficient attention from many of the existing buyout operators.”

The new funds from Bessemer and Industry look to be well timed, as the exit market for VC-backed companies has dried up. In the first nine months of this year, roughly 900 venture-backed companies reached exit with a combined deal value of less than $64 billion, a far cry from last year, when about 1,900 companies exited with a combined deal value of $782 billion, according to PitchBook.

The combination of a tight market for both IPOs and corporate M&A plus the pressure of unrealized value in venture funds could prompt VCs to look for exits via buyouts. Industry is betting on it:

“This combination of unrealized value, fund term life considerations, a challenged IPO market, and a shifting of company priorities will push venture managers to find alternative exit pathways for their portfolio companies, furthering the growth of venture buyouts, with many buyout managers waiting in the wings.”