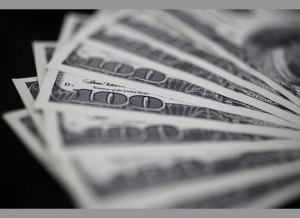 The first half of 2013 was a pretty good period for public stocks. It also turned out to be a healthy several months for venture funds, according to the California Public Employees’ Retirement System’s Grove Street Advisors portfolio.

Returns improved for 20 of the portfolio’s 36 venture funds during the period, while 14 funds saw their performance ebb, according to an analysis of CalPERS’ most recent public portfolio report by VCJ, an affiliate publication of peHUB.

Several of the funds made nice gains, including the Column Group’s vintage 2007 fund The Column Group, as well as Tallwood II Annex, Third Rock Ventures, Updata Partners IV and 5AM Ventures II.

Those that pulled back include the Aberdare II Annex Fund, Flagship Ventures Fund 2007 and Avalon Ventures VIII, the analysis revealed.

The Grove Street portfolio, known as California Emerging Ventures, has 36 venture funds with vintages of 2005 to 2009. Overall performance is strong. Twenty-eight of the funds have IRRs in positive territory and eight have internal rates of return in negative territory, the June 2013 portfolio report shows.

The top performer of the group is Avalon Ventures VIII, despite its lost ground. It has an IRR of 59.7% and has made substantial distributions. Foundry Venture Capital 2007 is second on the list with an IRR of 41% and also impressive distributions.

Battery Ventures VIII Side Fund and Flagship Ventures Fund 2007 have strong numbers as well, though distributions from the Flagship fund lag.

The worst-performing fund, Aberdare II Annex Fund, has an IRR of -23.8% and the biggest decline over the period. Its IRR was -15.5% in September 2012. The fund has not made a distribution.