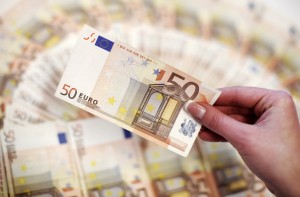 Call it an Octoberfest-fueled bonanza, but Germany led all European countries in October, accounting for 27 deals during the month.

Normally, the United Kingdom leads all European countries in terms of deal activity. And although Germany had more startup secure rounds, larger fundings were raised in the United Kingdom. In October, 17 U.K.-based startups raised €113.9 million in venture funding.

Overall, 78 European companies raised about $290 million in disclosed deal values in the month.

The largest investment on the European continent occurred in Sweden where True Software Scandinavia AB raised more than €47 million from Atomico Ventures and U.S.-based firms Kleiner Perkins Caufield & Byers and Sequoia Capital, among others. The company provides the Truecaller app, a crowdsourced phone directory.

The largest U.K. deal in the month was the €25 million raised by Bicycle Therapeutics, a biotechnology company based at the Babraham Research Campus in Cambridge, U.K. Bicycle raised the funding from Astellas Venture Management, Atlas Venture, Novartis Venture Funds, SR One and SV Life Sciences Advisers.

To see the full list of deals, see the Deals:Europe table.

The table “Deals: Europe” is a compilation of venture capital transactions involving European-based deals (including tech and non-tech startups) announced in April 2014 and based on Thomson Reuters data.