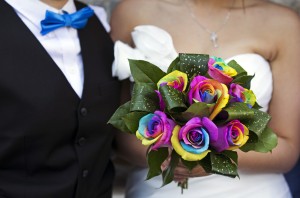 Editor’s note: With Zola announcing this week it has raised $10 million in Series B funding, we’re re-posting a sector analysis story on wedding related startups that originally published in the August 2014 issue of VCJ.

Not just a passing fancy, some VCs think they have found something beautiful with wedding startups

Venture capitalists have fallen in love with wedding startups.

The attraction is undeniable. The wedding industry is a huge and lucrative market that is ripe for disruption.

“We love to invest in areas where technology hasn’t really made a dent yet, but could make a dent if applied properly,” said Lister Delgado, a managing partner at IDEA Fund Partners.

Delgado led the firm’s $1.5 million investment in WedPics, a social platform that allows wedding parties to share photos before, during, and after their big day.

“The wedding industry is certainly one of those areas.”

There are about 1.5 million formal weddings a year nationwide. And the average cost of those weddings in now $29,858, according to TheKnot.com. Investors can do the math and see that weddings represent a roughly $45 billion market, and that doesn’t include money spent on gift registries and honeymoons.

Thus, it’s not surprising that VCs are courting wedding startups. Here are some recent notable investments:

Still, some investors are hesitant to invest in the wedding space because most people only get married once in their life. Thus, if you’re in the wedding business, you’ll likely never see your customers again, unless they’re named Larry King (married eight times).

That was certainly one of David Shen’s concerns when he led Launch Capital’s investment in Little Borrowed Dress. After some research, he learned that it’s a different story when your target customer is the bridesmaid, and not the bride.

“You don’t have to wait until someone gets a divorce to get a repeat customer,” he joked.

Shen noted that it’s not uncommon for the same person to be a bridesmaid at multiple weddings over the course of several years.

“What we’ve seen it that when women become bridesmaids for other weddings they take their experience with Little Borrowed Dress and bring it to new wedding parties,” he said.

The thing he loves most about the company, though, is that it is solving a problem.

“They figured out how to make money on each dress they rent and how to deal with the operations of cleaning the dress and putting it back on the rack once it’s returned,” he said.

Of course, the company is also solving a problem for bridesmaids, who often have to spend a ton of money on a dress they will never wear again. Every year about 9 million women nationwide spend about $2 billion on bridesmaid dresses. Shen said that it is a sizable slice of the wedding market.

Delgado of IDEA Fund also appreciates the targeted nature of the wedding market. He sees it as a cohesive industry that lends itself to virality. That’s because brides eagerly talk to other brides, and when people go to weddings, they look for ideas they can incorporate into their own special day.

“The reason why a company like WedPics works so well is that you are marketing to one person, a bride or groom, who then amplifies this message and spreads the product to other users,” Delgado said.

He added that WedPics is not simply a replacement for that little disposal camera that sits on every table at the wedding reception. Rather, it can serve as the central point of engagement, not just on the day of the wedding, but well before and after.

Brides, for instance, are using the app to post pictures of potential wedding dresses and reception venues, and then solicit feedback and ideas from friends.

The company has not figured out its monetization strategy, but Delgado said the immediate goal is to gain market share and build on its position as the number-one wedding photo app. To date, the two-year old company has hosted more than 200,000 weddings.

“It’s hard to say right now exactly how it will get monetized, but suffice it to say there is a lot of money to be made if you are able to serve as that social network that gets created around a wedding,” he said. “That’s because there is so much money being spend on that event in a relatively short period of time.”

“VCs like us because we are not just another advertising company. We are introducing efficiencies in the wedding marketplace and solving process problems.”

Tina Hoang-To, a former venture capitalist at Technology Crossover Partners, said “I do” to the wedding industry when she was planning her own nuptials in 2012. She quit her job and launched Wedding Spot after noticing an opportunity in the market.

The first thing she did to prepare for her own wedding was to go on existing sites like WeddingWire and TheKnot. They had a ton of pretty pictures, but not the practical information she was looking for, namely, pricing data on venues.

“I needed to know if I could afford the Four Seasons,” said Hoang-To, founder and CEO of Wedding Spot.

It was difficult playing phone tag with venues and sometimes waiting two weeks to receive a wedding packet. She said she felt something was wrong with this industry, as everything was happening offline and there was no transparency around pricing data. “That was frustrating,” she said.

Wedding Spot has collected data from thousands of wedding venues, including ballrooms, hotels, museums and mansions. Users can select the venue of their choice and get instant quotes. The site schedules appointments for brides to meet with the venue managers.

“Our system qualifies the brides to make sure they are looking at the right venue, and that they can afford those venues,” Hoang-To said. “When they use our system to book an appointment, they are pre-qualified.”

She said the site is seeing a 35 percent to 40 percent conversion rate. Venues pay $100 per appointment, although they can book a $50,000 wedding from that one meeting.

Wedding Spot has received a lot of inbound attention from VCs, who also see the potential. As of late June, the company was in talks with several venture firms and was about to close a $1.5 million Series A round.

“VCs like us because we are not just another advertising company,” Hoang-To said. “We are introducing efficiencies in the wedding marketplace and solving process problems.”

Wedding Spot plans to use the money to roll out the service to major U.S. metropolitan areas by the end of the year.

If successful, expect many more VCs to walk down the aisle with wedding startups of their own.

To download an Excel file: Select wedding-related startups (as of August 2014)