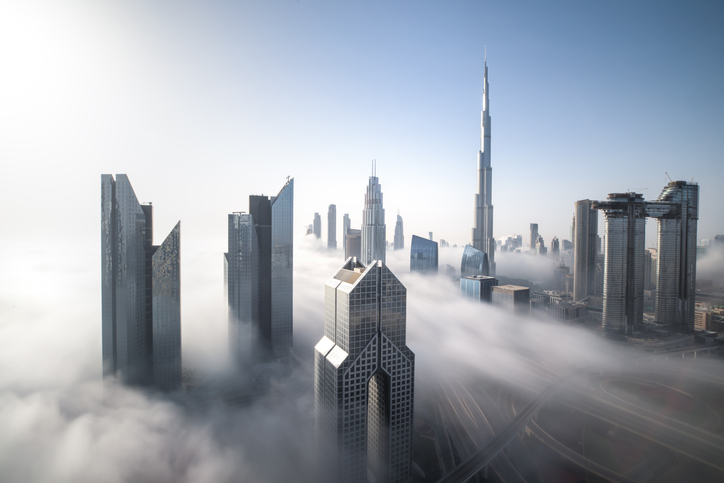 The Middle East has the highest digital penetration rate in the world. Couple that with a young population, as more than half of the residents are 30 or younger, and the region has a bright future in venture.

Noor Sweid, founder and general partner of Dubai-based Global Ventures, is bullish on the region, including North Africa. She said it has the entrepreneurial founders and companies to foster a rich ecosystem. But it is missing the capital it needs to reach its potential.

“It’s changing very rapidly,” she said. “The venture space in the region was very much like Silicon Valley in the ’70s and ’80s. We take our time to know the founders. It’s capital that’s scarce, not good founders.”

She added that due to where the market is at in terms of maturation, many of the companies they work have first-time founders which may deter some investors, but shouldn’t, she said.

Global Ventures, founded in 2018, is deploying its $49 million opportunity fund that closed in late 2019. The firm is focused on enterprise tech across MENA. Sweid said at first they invested across tech, but the firm is now more focused on healthcare and health tech as it has reached an inflection point in the region.

“Now we have had a healthcare crisis and now we will have healthcare inclusion,” Sweid said. “How do you provide healthcare access to people who go from having no doctor to a teledocter and skip that infrastructure?”

The firm participated in a $10 million Series A round in Lagos-based Helium Health in April. The company develops software to manage a patient’s health records and data, an underdeveloped aspect of the market.

Outside of healthcare, the region is also seeing strong innovation in such areas as e-commerce, fintech and consumer. For instance, UAE-based logistics company Trukker raised a $23 million round last year from investors, including Saudi Technology Ventures, Alturki Holdings and Riyad Capital, among others.

In another notable deal, Dubai-based rideshare company Careem raised more than $771 million before being acquired in March by Uber for $3.1 billion.

The region saw $252 million invested across 73 deals in 2019, according to data from the Emerging Market Private Equity Association. Sweid said that Global Ventures has seen great opportunities coming out of countries, including Jordan, UAE and Egypt.

Sweid said that venture capital investment makes up about .02 percent of the region’s overall GDP, compared to the approximate 2 percent in the US. But the tides looked poised to turn.

“I think that the government support is really strong, the region has really good universities and really excited and hardworking youth,” Sweid said. “We happened to sit in the middle of emerging markets and within a six-hour flight you have 3 billion people.”

Local sovereign wealth funds, including the Qatar Investment Authority, Investment Corporation of Dubai and the Saudi Arabia’s Public Investment Fund, have been active in the asset class over the past few years, PitchBook data found.

“Regionally, there are more funds being launched and raised as governments and SWFs are getting behind regional firms, which is great,” she said. “Almost every single investment we have made has had a global investor alongside of it.”

Sweid said that the changing politics in the region don’t impact their investment strategy as much an outsider may think because a fund’s lifecycle outlasts quickly changing environments and because many of the entrepreneurs and start-ups in the market are more regional-focused than country specific.

“In Europe you are borderless but you have multiple languages; in this region you have one language, but multiple borders,” Sweid said.

“When we look at the Middle East and Africa, it is one-and-a-half-billion people that are really underserved in so many areas,” Sweid said. “How is technology going to change the world for these one and a half billion people. We are very focused on making lives better as venture capitalists.”