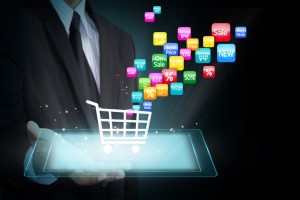 Google’s attempts to acquire VC-backed Twitch has fallen through, but the corporate giant remains an active acquirer of companies.

Through mid-August, Google has scooped up 15 venture-backed companies, compared to 12 combined from 2013 and 2012, according to a preliminary VCJ analysis of M&A data.

Of course, the largest of its acquisitions this year is Nest Labs, the maker of smart thermostats and smoke detectors, which Google announced in January it would purchase for $3.2 billion. The price tag is the most that Google has ever spent on a startup acquisition.

Overall, Google has been on a shopping spree in 2014, buying some 24 companies, including those that are venture-backed and those that are not. In comparison, the company had a relatively slow 2013 and 2012, when it purchased 19 and 12 companies, respectively, some with venture funding and some without.

Venture capitalists know that Google has virtually unlimited capital and its buying decisions affect how investments are made.

“Google has the cash, no doubt about it, and we all know it,” said one VC, who wished to remain anonymous. “Not only do they use their cash to buy an audience, but their acquisition history orients us to the trendlines. They are affecting where innovation is happening. We all want to back the next Dropcam or Twitch.”

In July, it looked as if Google was going to acquire Twitch for a reported $1 billion. The deal fell through in recent weeks and Amazon is instead buying the company, formerly known as Justin.tv, which provides a video streaming platform.

This story first appeared in Reuters Venture Capital Journal. Subscribers can read the full story here. To subscribe to VCJ, click here for the Marketplace.