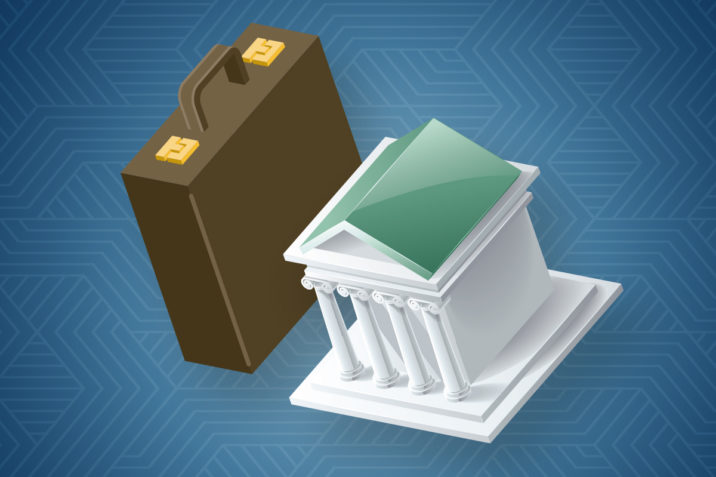 The venture community has undergone multiple transformations in the years since the global financial crisis in 2008, and venture funds are a different animal than they were a dozen years ago.

Today’s venture funds are bigger, they call on and deploy capital quicker and they come back to market faster than funds in the past. They also come with bulkier balance sheets riddled with start-ups marked at balloon-sized valuations, have less money banked for reserves and have a longer journey to liquidation.

The median fund size in the US grew by 36 percent during the last decade, from $50 million in 2010 to $78.5 million in 2019. All told, these changes to fund structures may come back to haunt GPs and their LPs in the current economic downturn. How firms navigate around the hazards in the road will determine whether they make it out of the downturn in good shape.

Take, for example, fund size. Although more dry powder could theoretically mean more capital to tap for portfolio companies as they become negatively impacted, that isn’t really the case, according to PitchBook venture analyst Cameron Stanfill. He notes that funds are being deployed quicker and firms are looking to their next vintage as the source for follow-on capital, as opposed to reserves. Fund vintages from 2012 to 2015 are 70-75 percent called by the fourth year, compared with 65 percent for vintages from the 2000s. Early data from vintages 2016 and later show that this trend is accelerating. 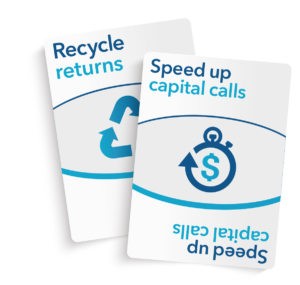 “They are calling more of their fund earlier,” Stanfill says. “You potentially have less in reserves because you are able to raise another fund within two to three years you could potentially make follow-on investments out of.”

Funds now return to market every three years on average, based on 2019 data, compared with 4.5 years in 2006 and 3.7 years in 2007. Stanfill says there is a distinct dichotomy in the market with firms continuing to raise larger funds and supporting their portfolio companies for longer periods.

“The difference between now and the global financial crisis is that more recent funds are still holding a lot of value on paper, which is a pretty big deal, especially with what we are seeing in the exit market with that activity drying up,” he says.

A larger garden to tend

Over the last few years, companies have started staying private longer: a median of five-and-a-half years, PitchBook found, the longest time on record. What this translates to, along with the larger-sized funds, is that more portfolio companies are staying on the balance sheet longer. And their valuations are higher than ever.Follow-on financings are a crucial part of the market, making up 74 percent of US venture deals in 2019, according to data from PitchBook. But funds usually look to make follow-ons with their successful companies when they raise a subsequent round as opposed to multiple portfolio companies needing financing help all at once. This is not the same as growth capital.

Elizabeth Sipes, a fund formation lawyer and partner at Perkins Coie, says her clients have had to change their original funding schedules as planned investments have to get pulled up. “I know a lot of our funds are doing a lot of follow-on rounds with existing portfolio companies sooner than they had expected,” Sipes says.

A recent survey by Setter Capital of fund managers across private equity, venture and debt found that venture managers are realistic about the funding challenges they may face this year as a result of those changes.

VC managers expect that nearly 50 percent of capital calls through the end of 2020 will be to support existing holdings, compared with a 35 percent average across asset classes and a low 28.7 percent from buyout shops. Loretta Shaw-Lorello, a venture fund formation lawyer and the chair of the investment funds group at Mintz, says that due to the nature of companies in the venture asset class, she isn’t surprised by that result.

“My theory is that venture-backed companies are going to be requiring more assistance,” she says. “Venture funds will find themselves in a position of putting more money into a company and on the flip side, the exit opportunities are scarce now.”

A condensed funding timeline paired with a high likelihood of lower-than-expected valuations combine into a slippery slope for fund performance and each venture vehicle’s underlying LP base. “We are starting to see follow-on financing rounds that are coming through right now as downrounds, as companies need help staying afloat, and [we can] expect to see more this year,” Sipes says. “I wouldn’t be surprised that distributions will be down again.”

A damper on distributions

The survey from Setter Capital also shows that VCs were the most bearish on how much fund distributions would decrease through the end of 2020. VCs predict they could drop by 43.5 percent, compared with the average of 34.3 percent across assets and debt funds that project a more conservative 22.5 percent.

“That could kind of come as a bit of a perfect storm as funds holding a lot of assets in their portfolio and not being able to exit at the value they want,” Stanfill says. “I think that all could weigh pretty heavily on fund performance.”

Funds are also taking longer to liquidate, which could add to declining distributions. Vintages such as 2012 currently have a pooled return-value to paid in (RVPI) of 1.39x, whereas the figure for funds older than 2006 is closer to 0.9x. “Funds that are certain vintage years, the returns are just not going to be as attractive compared to funds that have been in the market earlier or raising after the market disruption,” Shaw-Lorello says. “I think there will be certain funds where the return expectations are going to be permanently impacted.”

These types of metrics have the potential to build enormous pressure on venture LPs as they contemplate their next moves. Meanwhile, they are trying to balance the froth in their public portfolios and the capital calls they are getting across various alternative asset classes for transactions that may end up hurting their bottom line.

“LPs are not really looking forward to meeting capital calls because in addition to their portfolio being already out of balance, they are putting more money into the private side of their investments when the public side isn’t doing well,” says Shaw-Lorello, who also represents institutional investors.

Evan Darr, a partner at investment manager Invesco Private Capital, says that LPs fully tied to the public markets, like corporate or strategic LPs, may start to see some of these impacts first. “In a couple of instances, particularly where VCs have strategic LPs, corporate LPs, I think you are seeing some vulnerability or perceived vulnerability in their willingness or ability to fulfill those capital calls,” Darr says.

However, this downturn realistically has a long road ahead and many of these challenges have yet to trickle down fully to LPs. Darr says that so far things have remained mostly business-as-usual for firms they work with, as investors are looking to empty out their already established pipelines. “Capital calls have been steady,” Darr says. “I think many early-stage funds have been working through what was in their pipeline before.”

Aaron Miller, the head of venture capital at Commonfund Capital, which works as a fund of funds for foundations and nonprofits and operates separately managed accounts, agrees that so far capital calls have been manageable. It could also take a while for most of the lack of exit activity to take its toll on LPs, as they have a steady stream of income pouring in from 2019 exits and maturing lock-up periods from IPOs.

The new type of VC fund has been beneficial for LPs thus far – allowing a quicker turnaround for their cash – and it might stay that way for a few more months. However, firms may consider making changes for their future products.

Both Darr and Sipes mentioned that this might cause funds to focus more on reserves or look to recycle more of their returns back into their products than they usually plan to. “One thing that some early-stage funds are doing is changing their fund model or fund structure, assuming fewer portfolio companies, to allow for more reserves,” Darr says.

Sipes says this has already had an impact on fundraising schedules. She adds that she has multiple clients that are waiting on Q2 results to determine when to launch their next fund into market.

However, the asset class has continued to innovate through multiple downturns. Despite the ebbs and flows of LP commitments to venture and lower performance for certain fund vintages, those within the asset class are not expecting any permanent hits to the market.

“From an LP standpoint, an institutional standpoint, venture continues to be an important part of their allocation,” Miller says. “The majority will continue to invest on a regular basis and have that vintage diversification.”