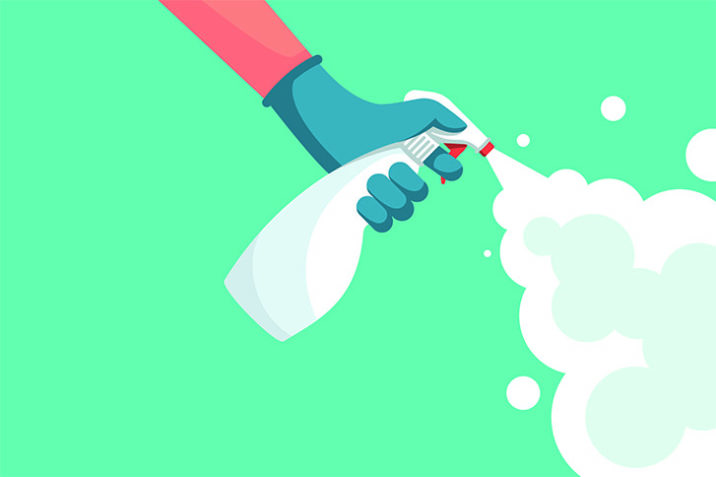 The coronavirus pandemic has revealed many uncomfortable truths about our healthcare system.

One of those is that hospitals – where patients go to get better – can actually be extremely dangerous places, especially if they lack proper hygiene protocols and personal protective equipment.

When left unchecked, infections like covid-19 can quickly spread in hospitals, infecting healthcare workers and patients alike. In fact, 1.7 million Americans contract hospital-acquired infections each year, and nearly 100,000 die from them annually, according to the Alliance for Aging Research.

Today, with the rapid spread of coronavirus, those numbers are poised for a dramatic spike. Case in point: the healthcare publication NEJM Catalyst recently reported that hospitals in Bergamo, Italy were likely the main covid-19 carriers, with infected patients transmitting the disease to uninfected patients in large numbers. However, several venture-backed start-ups are on a mission to make hospitals safer by reducing the risk of infection transmission.

Robots to the rescue

Leading the pack in terms of funding is Xenex Disinfection Services, which has raised $91.4 million from Battery Ventures, Tectonic Ventures, Essex Woodlands Healthcare Partners and others. The San Antonio, Texas company’s LightStrike Germ-Zapping Robots help hospitals reduce infection rates by targeting germs that may be missed during the manual cleaning process.

Xenex’s robots, which cost about $100,000 each, use pulsed xenon to create high-intensity ultraviolet light that destroys germs in about five minutes per room and puts a large dent in hospital infection rates.

Morris Miller, a managing partner at Tectonic Ventures who also serves as CEO of Xenex, says: “We are the only company that has statistically significant, peer-review published outcomes showing infection rate reductions between 50 and 100 percent.”

Traditional cleaning methods, such as bleach and peroxide, are not always reliable. It can take several hours to manually scrub down a hospital room, and in a pandemic situation in which hospitals are overwhelmed with patients, healthcare simply doesn’t have the luxury of time.

What’s more, it’s not possible for hospitals to use a chemical agent to disinfect every single surface, such as bed rails, nightstands and intravenous pumps. Actually, hospital cleaning staff miss 50 percent of high-touch surfaces, according to a study conducted by the Department of Hospital Epidemiology at UNC Health Care and the Division of Infectious Diseases at the University of North Carolina, Chapel Hill.

To date, Xenex robots are in about 500 US hospitals, but the company is now seeing a surge in demand.

“The increase has been huge,” Miller says. “We are literally taking orders and filling them as fast as we possibly can. We expect to sell thousands of robots this year. Hospital infection preventionists have wanted this technology and now they are finally getting the budget because this pandemic has shined a spotlight on patient safety.”

Miller also sees an opportunity to expand the market beyond hospitals, including to hotels, cruise ships, schools and sporting arenas.

“All those public spaces where people traditionally gathered are going to have a new respect for pathogens and the spread of illness,” he says. “In the long run, we could be a much healthier society.”

Two more infection prevention start-ups that received funding very recently are Kinnos and CleanSlate UV, both of which are backed by Prolog Ventures.

“We are the only venture capital firm with the word ‘hygiene’ on its website,” says Rob Rosenberg, a partner at Prolog. “We’ve been focusing on hygiene and microbial control solutions for the past two years, not just the last two months. It’s just that the pandemic has made this segment a whole lot more urgent and prominent in the consumer consciousness.”

“We’ve been focusing on hygiene and microbial control solutions for the past two years, not just the last two months. It’s just that the pandemic has made this segment a whole lot more urgent and prominent in the consumer consciousness.”

He adds that there have always been large markets for anti-microbial products, but until now they largely flew under the radar. That, of course, is changing rapidly – both Kinnos and CleanSlate stand to benefit.

Kinnos initially was started in 2014 when two undergraduates decided they wanted to help in the fight against Ebola. The founders noticed that frontline healthcare workers in Africa never knew if they had done a good job disinfecting their hazmat suits. Because the disinfectant was a clear liquid, workers were never sure if they covered the surface completely or if they missed a spot.

So, the Kinnos founders developed an intricate color additive technology that temporarily colorizes disinfectants so users can see how completely they have covered surfaces. The color gradually fades to indicate that the disinfectant has had enough time to do its job.

Today, the company has applied its technology to hospital-grade disinfectant wipes and was expected to go to market with the product in June. Kinnos’ color cartridges snap onto tubs of branded wipes. The wipes are then painted with the dye as they are dispensed.

Being able to see the disinfectant, and the surfaces it covers, is vital for these hospital workers, who tend be low skilled and under trained. It also provides a greater sense of security to patients and their families, as well as other hospital staffers, because they can see for themselves that a room has been properly disinfected.

“Infections are a huge issue for hospitals,” Rosenberg says. “They are costing lots of lives. People are afraid to go to hospitals and get even sicker. This not just a pandemic problem. This is a persistent, pervasive problem. A technology like Kinnos is critical to reducing hospital-acquired infections.”

CleanSlate UV, for its part, has created a $5,000 printer-like piece of hardware that eliminates pathogens on mobile devices using UV light, without damaging touch screens. Hospitals workers and patients insert their devices into CleanSlate, close the lid, wait 20 seconds, and presto, their devices are germ-free.

This is especially important for healthcare workers because tablets and phones have quickly replaced clipboards in hospitals. Yet, even though healthcare workers may be washing their hands diligently, every time they touch their devices, they risk recontamination.

“These devices are filthy and until recently it was a violation of the warranty to use a liquid chemical cleaner on them,” Rosenberg says.

“So, hospitals workers are carrying around these vectors for infection from room to room.”

The pandemic could fuel high demand not only in the CleanSlate UV’s core healthcare market but also in ancillary markets that will also have an acute need for better disinfection, like food processing facilities, mass transit systems, schools, hotels and shopping malls.

But, Rosenberg says, it’s essential the company does not get ahead of itself.

“The technology can clearly be useful in many high-traffic areas, but we are focusing on hospitals first because that is the area of most acute need and we have to start somewhere,” he says.

“CleanSlate UV has a target-rich environment and multiple ways to win,” he adds. “But they have to stay focused and really establish themselves in North American hospitals before they begin to tee up and knock off other markets.”

Another promising start-up in the space is SwipeSense, which raised a total of $27 million in venture funding from Eclipse Ventures, Sandbox Industries and Blue Cross Blue Shield Association, among others.

Tracking hand hygiene is critically important because healthcare workers sanitize their hands only about half as much as they should, according to the Centers for Disease Control and Prevention.

The SwipeSense technology tracks when hospital employees enter and exit a patient’s room, and whether they used the soap or alcohol dispenser to clean their hands before doing so. Hospital managers can review the data in real time via an online dashboard or regularly scheduled reports.

Lior Susan, founding partner at Eclipse Ventures, admits there is no way he could have ever imagined the coronavirus pandemic when he first invested in Chicago-based SwipeSense in 2015.

He says the idea of using software, sensors and machine learning isn’t just for the digital world. These technologies also need to be applied throughout the physical world, and that’s why he made the investment in SwipeSense.

“We didn’t just see SwipeSense as an infection monitoring play,” Lior says. “We also saw it as an opportunity to build a connected platform that allows the hospital to better track the movement of critical assets, such as defibrillators and respirators. SwipeSense can provide real-time visibility into precisely where those assets are as they move throughout the system.”

Many hospitals still use manual methods, such as pen and paper, to track their assets. As a result, they may not know exactly where all their respirators are located at any given moment. And that is a major problem when minutes or seconds can mean the difference between life and death.

“For too long, we’ve been underinvested in critical infrastructure,” Lior says. “Sadly, in the wake of covid-19, this all seems so obvious now.”

Demand for SwipeSense is up 500 percent, says Lior, though he and the other venture backers won’t benefit for the spike. That’s because the company was acquired late last year, prior to the escalation of the covid-19 pandemic.

The buyer has not been disclosed, but Lior says it’s a public company with a foothold in low-tech protective equipment, such as gloves and bleaches. “The buyer certainly looks like a genius right now,” he says.

Lior is thrilled that hospitals who implemented the SwipeSense system are now reaping the benefits. But those customers account for less than 1 percent of the total addressable market in the US.

“When we made the investment, we underestimated how resistant hospitals would be to move to the digital world,” he says. “The procurement system is so broken that even if hospitals understand that they need a digital platform, they can’t get the budget.”

He adds: “I guess the good news is that won’t be the case anymore. Once we get past covid-19, I think the entire public sector will embrace digital solutions because they can help save lives.”