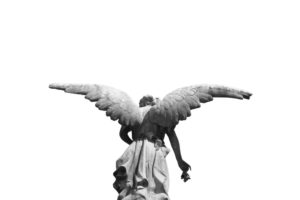 The most successful angel investors have garnered a reputation for being quasi-celebrities within the VC community, with their massive twitter followings, colossal number of investments and extensive press coverage. But how often are they characterized by the true success of their investments?

Pre-seed investor Beta Boom conducted an analysis using data from Crunchbase to determine angel investor success by their exit rate. The report found that many of the angel investors with the highest rate of portfolio start-ups that exit are less well-known and flying under the radar for many founders. “On the other hand, many of the investors with the biggest personal brands and Twitter followers have rather mediocre exit rates,” the report says.

The list credits Marc Andreessen, co-founder and general partner of Andreessen Horowitz, with the highest exit rate at 73 percent, exiting 27 of 37 investments, and Kim Perell, chief executive of Perell Ventures, who saw 12 of her 22 investments reach liquidity for a 54.5 percent exit rate that ranks her as the top female angel investor.

The list highlights glaring discrepancies between male and female angel investors. While Perell ranks 10th overall, the second-highest ranked female investor is Caterina Fake, who is ranked 49th with 37.5 percent of her angel investments reaching an exit.

For more on early-stage investor Beta Boom and its focus on diverse start-ups, click here.

While the lack of diversity in the VC world is well documented, the most successful angel investors are not the most active, according to the report. Many of the top 50 angels on this list have made between 20 and 50 investments.

An investment thesis focused on quality rather than quantity may lend itself better to a more hands-on approach that could translate to higher exit rates.

“Investors with a smaller portfolio can be actively engaged with their start-ups to help ensure success,” the report said. “Also, it could be that these investors see a substantial number of start-ups but are a lot more selective in their investments.”

The report also details those angel investors with the highest number of investments – namely, Paul Bucheit, Scott Banister and Naval Ravikant, all whom have less than a 36 percent exit rate. When ranked by exit rate, they come in at 54th, 56th and 68th, respectively.

“There seems to be a bit of an inverse correlation between the number of investments that these angel investors have made and the exit rate of their portfolio,” according to the report.

For Beta Boom, which focuses on investing in underrepresented founders, many of its clients believe that getting in front of the big name angel investors will be their ticket to ensuring success for their business. But just securing financing doesn’t ensure long-term success.

Their study has implications for start-up founders who are looking for early-stage financing.

“If you are looking for an angel investor to really partner with to help your start-up succeed, you should be looking beyond the most popular investors,” Sergio Paluch, co-founding partner at Beta Boom, told Venture Capital Journal.

It’s also important for underrepresented founders to find investors who are likely to evaluate their business fairly, according to the report.

The angel investors with the highest number of investments seem to have among the lowest “diversity investment rates.”

“Many of the most active angels also tend to have mediocre exit rates of their portfolio,” the report found. “Perhaps the best investors for diverse founders are those with a moderate level of activity rather than the most active and often most well-known ones.”

For start-ups with diverse founders, targeting the right investors may be a good place to start. “More fruitful targets could be angel investors with moderate levels of activity (for example, 20-50 investments) since they both seem to invest in start-ups that reach an exit as well as a greater diversity of founders.”