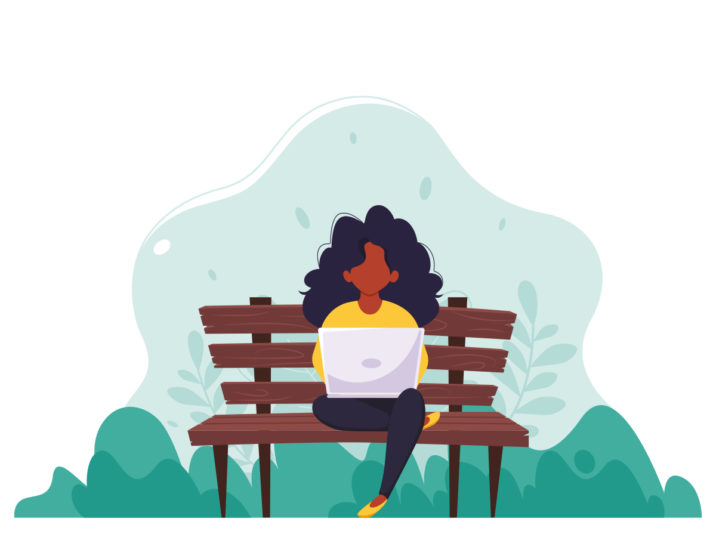 There’s no denying that the covid-19 pandemic has completely changed how people live and work as social distancing and shelter-in-place orders have become routine over the past year-plus.

In almost every aspect of life, technology has facilitated new patterns of behavior, enabling households to carry out many aspects of daily life remotely.

Even in venture capital, which thrives on collaboration and communication, GPs and LPs have seen profound changes in how firms operate. Digital platforms have made the transition much easier and they have shown just what is possible, such as conducting due diligence and pitches virtually.

A survey of 16 leading venture firms across the US, Europe and Asia by private equity firm Schroder Adveq found that

In comparison, all of the Asia-based firms it surveyed said they desire to have everyone back in the office on a full-time basis.

There has also been a shift in investing behavior at venture capital firms. A survey released in March of 150 venture capital firms by OMERS Ventures – the private equity arm of the Canadian pension fund – found that 97 percent of respondents had completed a fully remote deal by January 2021, up from 40 percent in June 2020.

There were also signs of increasing ease with remote diligence and other virtual processes as deal activity returned to pre-pandemic levels, following an initial decline when the coronavirus spread. OMERS Ventures said it found that

67 percent of respondents were happier due to not spending as much time traveling, and 73 percent planned to conduct the majority of founder meetings virtually in the future.

Life outside the Bay Area

It’s not just investors who have embraced remote working. Start-ups are increasingly finding it easier to work outside of a tech center. At the end of last year, just under 55 percent of founders surveyed by venture firm NFX expected a return to the office in 2021, and nearly 15 percent were not planning a return at all.

While there are still significant proportions who plan to stay where they are based, NFX also reported that there is “a culturally and statistically significant number” of people preparing to leave the Bay Area in 2021, with 35 percent of founders planning on moving away.

As start-ups begin to explore life beyond Silicon Valley and California, there have been more examples of GPs following them, particularly to states with lower taxes.

One of the most high-profile examples was the decision by 8VC founder and serial entrepreneur Joe Lonsdale to relocate the firm’s headquarters from San Francisco to Austin, Texas, in November. Lonsdale cited concerns that California had “fallen into disrepair” and highlighted greater opportunities to be found outside of Silicon Valley.

Lonsdale, who grew up in the San Francisco Bay Area, told a local Texas newspaper that he had considered a move to the middle of the country for several years. The arrival of the pandemic and the widespread shift to remote work practices hastened his decision, he says.

“People are actively moving around the country, whether they’re founders or investors, and the reasons why are different from the past. But taxes certainly play a factor”

Ben Narasin, a venture partner with New Enterprise Associates, says the pandemic has made people realize that they can work anywhere, so long as they have broadband. He says there are multiple reasons why people change addresses, but he attributes much of the recent high-profile moves to a desire to pay less taxes.

“People are actively moving around the country, whether they’re founders or investors, and the reasons why are different from the past,” he says. “But taxes certainly play a factor.”
And when you can still do most of the work online that you can in-person, working anywhere is more attractive, Narasin adds.

Apart from the tax benefits of Texas, Eric Engineer, a partner at Austin-based S3 Ventures, says VCs from other regions of the country find Austin’s investing landscape far less competitive, with many good start-up teams to choose from.

And Texas has not only proven popular with VC firms. Several larger listed tech businesses have also beaten a path to the Lone Star State for operations, such as Tesla, Hewlett Packard Enterprises and Oracle.

Life is a Miami Beach

Outside of Austin, other destinations are emerging as well. Founders Fund signed a one-year lease for more than 2,000 square feet for an office in Miami, where partner Keith Rabois relocated last year, buying a $29 million waterfront mansion.

Another to join Founders Fund and move to the south-east state is Blumberg Capital. The firm relocated its headquarters from San Francisco to Miami at the end of last year, in part to get away from the poor governance of California, said firm founder David Blumberg in a Facebook post.

Charmel Maynard, associate vice-president and chief investment officer of the University of Miami, says interest in strengthening the Miami tech scene has been building for years. But the pandemic has hurt the tourist scene in the area, so that forced the region to adapt. And it has adapted quickly, as Maynard notes he sees a lot of people relocating there.

“It’s booming,” he says. “I’m really excited about the asset class here in the region.”
A survey by 500 Startups found just 56 percent of VC respondents based in San Francisco before 2020 were planning on staying there in 2021. Some 17 percent had relocated elsewhere in the US, and nearly 7 percent had moved to Miami. The remainder planned to move overseas.

The pandemic has had a “noticeable effect” on the Bay Area, according to data provider PitchBook, with vacancy rates climbing and rents falling. This exodus has benefitted other cities that are short plane rides away, such as Boulder, Seattle and Salt Lake City.

“Given these factors, we expect the Bay Area’s proportion of VC deal count in 2021 will fall below 20 percent in the US, the first time in our dataset,” according to PitchBook analysts in the company’s 2021 US Venture Capital Outlook.

However, a longer-term shift from traditional centers of venture capital – such as the Bay Area, New York and Boston – to secondary or tertiary tech hubs has been ongoing for some time, the data provider notes. The proportion of deals in Silicon Valley has fallen “nearly each year since 2006.”

Not that this will lessen the importance of the Bay Area, PitchBook argues. This region is still home to the highest concentration of venture capital in the world and continues to attract huge sums. Bay Area funds raised more than $24 billion to end-Q3, 44 percent of the total raised by US-based funds, according to PitchBook.

Elsewhere, the crisis has been sorely felt in Europe, where the rollout of covid-19 vaccines has been slower and lockdown conditions have been imposed with more regularity. Against this backdrop, London’s position as the center of venture capital in the region has remained unchallenged despite the difficulties of Brexit.

European venture capital firms in London raised $7.8 billion last year, compared with $1.5 billion in Berlin and $1.3 billion in Paris, according to start-up data provider Dealroom. London also remains a leader in many fields and home to many future unicorn companies.
In its 2020 Annual European Venture Report, PitchBook notes that the UK had remained an attractive destination for VC investment despite Brexit, although other European nations could explore possibilities to gain a greater share.

“The timing of covid-19 may have helped delay mass office relocations and a sharp exodus from the UK in light of Brexit as companies and individuals opt to move back into the EU bloc,” writes PitchBook analyst Nalin Patel.

“However, the allure of vibrant and diverse clusters in cities such as London, equipped with academic institutions, job opportunities and capital resources, should retain top-quality talent and will allow businesses that provide the foundation for VC investment to remain strong.”

The PitchBook report says the UK remains a “natural stepping stone” for US-based companies to invest in or expand operations in Europe, with Brexit unlikely to alter existing relationships, strong corporate ties or cultural and logistic norms. Nevertheless, outside of the EU it could face greater competition from Asia and North America on the investor front, and could see some capital flow instead to European competitors.

The UK government has sought to counteract this with a series of consultations aimed at improving access to funding for start-ups and growth companies, including changes to the listing rules and measures to entice pension funds to invest in venture capital.

It’s not just in Europe that regional leaders are reasserting themselves.
In Asia, China re-emerged as one of the leading destinations for VC investment after a challenging few years characterized by worsening relations with the US from the previous administration.

“The ongoing trade tensions between China and the US have heightened concerns about supply chain availability, which has led to an increase in domestic investments targeted at support technologies required for innovative solutions, such as chipsets and chipset architecture,” notes consultancy KPMG in its Venture Pulse Q4 2020 report.

The covid-19 pandemic has accelerated longer-term trends in venture that were already under way. As elsewhere, it has been new technology that has helped facilitate the structural changes in the industry.

While there have been some high-profile moves away from established centers of VC in the US, and particularly the San Francisco Bay Area, the prospect of lower taxes and a greater work-life balance are also significant drivers.

It remains to be seen whether the pandemic will have a lasting impact on the venture landscape. But it seems clear that where firms are based matters less than it used to.