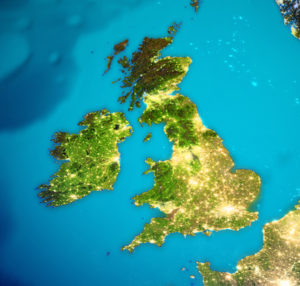 Private Equity International, an affiliate of Venture Capital Journal, sat down with Vianney de Leudeville, director of investments for BBI, to find out more about how MFP will be deployed, why growth investing is set to take off in the U.K. and the returns it aims to generate for the program.

Q: What was behind the decision to set up the managed funds program?

A: The funding gap in the U.K. is clearly in late-stage and growth capital, and that’s really where we want to be active. With the fund of funds we talk to, they’re not limited to do just late-stage, so they are not always looking at investing in profitable or nearly profitable companies.

In the U.K. there is a market for growth, and we see more investors entering this space. This market is progressing but there are still not a lot of growth funds.

We think that having more growth funds is a good thing for the private equity ecosystem because that means more dry powder and more companies will find more capital along their journey.

That’s a positive if you have more funds and more capital willing to back these kinds of strategies.

Q: What does MFP aim to achieve?

A: The managed funds program invests alongside large cornerstone investors in funds of funds to stimulate and increase the number of institutional investors which can invest in venture. The whole idea of the program is to draw in more institutional capital alongside us.

We come early in the fundraising process of the manager as cornerstone LP to help them secure more funding for the rest of the vehicle.

Top Tier is our first investment and we have another two investments of a similar size coming in the next couple of months, and more in the pipeline for next year.

We intend to invest £500 million across five managers, with check sizes of roughly £100 million each. Ideally, we should be done sometime in 2020 and that’s why we’re already starting to think about what’s next for the second phase.

That £500 million is supposed to be for phase one. And we could have at some point a phase two or three with the same amount depending on whether the program is going well and whether there is enough demand and investments. The initial idea is to have to or three phases of equivalent sizes but anything can change.

Q: As an early investor, do you seek co-investment rights from your GPs?

A: In general we tend to ask for co-investments rights although at the moment we don’t have capabilities to do co-investments just yet. That’s something which may exist in the future.

For the moment we are focusing on implementing the first phase of the program, but that’s on the back of our minds. We try to secure some co-investment rights when we can, which wouldn’t be needed for now in any case.

But in a couple of years’ time if we have built this capability that could be something we’ll be keen to explore.

Q: What returns do you hope to generate from the program?

A: We set financial returns like anyone would. Obviously, the return expected from each fund of funds is different, depending on the strategy. The managers come up with an expected return that we take as a base and test them against the initial expected return they give us.

But what’s really important to us is the return at the program level – not the return of each fund, but how much we make on the whole program. The target is to have a minimum return across the program of at least in the low-teens. If the program generates an IRR of 12 percent or 13 percent, that’s satisfactory; 15 percent is where we hope to be.

We are a long-term investor, so the IRR over three years is not really important to us. The most important figure will be in 10 or 15 years’ time.