You know the world of gaming has changed dramatically when the term “gamer” has become nearly obsolete. These days, just about everyone is a gamer. This rapid embracing has been fueled by the ubiquity of smartphones and the widespread adoption of gaming technologies in all sorts of applications.

Two-thirds of adults and three-quarters of people under the age of 18 play games, according to a study by the Entertainment Software Association. Those strong appetites will fuel the growth of the gaming market by 248 percent over the next decade, predicts research firm Newzoo.

This market shift is driving investors to raise funds and place bets on a new generation of gaming start-ups, which promise to reshape the media landscape. For example, Griffin Gaming Partners, a Santa Monica-based venture firm, recently closed a $750 million fund, which is its second dedicated to the gaming space. The firm says it invests in content, software infrastructure and social platform companies, as well as gaming-related Web3 firms, meaning companies that focus on blockchain technology.

Makers Fund has also been in the news with its $500 million gaming fund. The venture firm, which operates in San Francisco, London, Tokyo and Singapore, has raised an early-stage investor fund targeting the interactive gaming space. In 2018, it raised its first $200 million fund, which it has used in at least 72 funding rounds across the globe, according to Crunchbase.

“The market has gone from 800 million people who played games 12 years ago to 3.1 billion today,” says Phil Sanderson, a partner with Griffin Gaming Partners. “A third of the world now plays games almost an hour a day, which makes gaming one of the fastest-growing consumer trends in the world.”

Sanderson is surprised more VCs haven’t jumped into the market. “I would say the gaming market is almost three-quarters the size of the enterprise software market,” he says. “But there are hundreds and hundreds of enterprise software venture funds and only a few dozen gaming funds. The reason is that people don’t have a background in venture investing in gaming.” 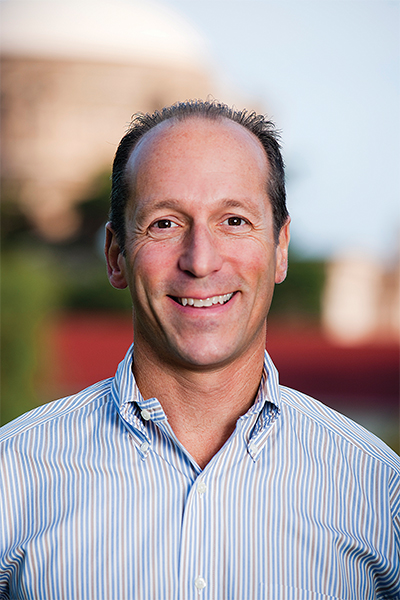 “The market has gone from 800 million people who played games 12 years ago to 3.1 billion today”
Phil Sanderson
Griffin Gaming Partners

Plenty of other sources of capital are filling the VC void. “There are dozens and dozens of multi-billion-dollar companies around the world who are in the game sector who are investing heavily in the gaming space,” Sanderson says.

In fact, investors poured a record $12.7 billion into 1,001 gaming deals last year, nearly double the $6.6 billion they put to work in 610 deals in 2020, according to PitchBook. Over the past five years, the median post-money valuation per gaming deal has soared from $10 million to $21.6 million, PitchBook points out.

It took several decades for gaming to arrive but, thanks to smartphones and technology improvements, games have become more accessible to a much larger audience. All of which has boosted gaming to the pinnacle of the media world, where it dominates the combined landscape of movies, music and books.

Contributing to the gaming industry’s rapid growth rate was the covid-19 pandemic, which boosted game use and revenues as adults and children stayed indoors and turned on their Nintendo, PlayStation and Xbox devices. In 2020, the number of monthly digital console gamers grew by 6.3 percent from 2019, according to market research firm Insider Intelligence.

For Sanderson and his colleagues at Griffin Gaming Partners, convergence is a big part of the gaming story, as lines have blurred across gaming, media, sports and social connectivity. One example of convergence is the way that gaming features have found their way into a variety of apps spanning finance, entertainment and social media. The process of adding games or game-like elements to all types of everyday consumer applications has encouraged participation.

Gaming technology has also been leveraged to quicken and ease the process by which gaming developers gain user feedback as they pursue higher quality in their applications, says Luke Pappas of New Enterprise Associates. Convergence and incorporation of gaming technology has translated into making it easier for companies to reach their audiences and generate more opportunity.

The benefits of gaming technologies have helped drive a spate of recent acquisitions reshaping the landscape, especially as more companies, including entertainment players, see the benefits of gamification in their businesses.

Global gaming M&A hit a 10-year high last year, as 180 companies associated with online and video games were acquired, according to Crunchbase. The feverish pace has continued this year, with two of the largest game company purchases to date. In January, Microsoft said it would pay $68.7 billion for Activision Blizzard, publisher of Call of Duty, Candy Crush and World of Warcraft. It was the heftiest acquisition ever in the video game industry and it followed another big Microsoft purchase last year – Microsoft’s $7.5 billion acquisition of game developer and publisher ZeniMax.

Also in January, Take-Two Interactive said it would pay $12.7 billion for Zynga, maker of the popular mobile title Farmville.

As companies discover the underlying benefits of gaming in their businesses, there has been a parallel development underway, in which gaming platforms that were previously closed have started opening so developers can build applications on top of games. Traditionally, games were wed to specific platforms and those platforms were locked down.

“The notion that these games are designed to be open makes it possible to build on top of games, and that is something new for the industry,” says Singh of Anthemis.

Roblox, the online platform and game-making system, is among the products at the forefront of this open movement. In fact, investors and market observers see it as a sort of Salesforce for the gaming industry.

“I think people have started seeing that you can build businesses at scale that are adjacent to gaming,” Singh says. “Discord and Twitch are probably the two poster children for this, but there are lots more to come.”

Take it to go

Hurdles remain for the gaming industry and its growth. The blockchain and digital wallets will bring players the ability to purchase items and own them within games. Upon leaving the game, they can take those items and use them in other games.

This kind of digital currency infrastructure is expected to fundamentally change the gaming market in the US and Europe. Gaming in those places still lacks what experts refer to as a “super app,” like WeChat in Asia, which has helped expand the gaming culture there immensely because it enables players to carry rewards from one game into another.

As it stands now, most games do not allow rewards or other consumables to be taken outside of their virtual walls. “So the money you’ve spent on a specific character [in a game] is effectively gone,” says Sanderson. “We think the introduction of blockchain into games will be transformative to the gaming market.”

What’s ahead for the gaming industry? Investors say they are excited about the metaverse, a shared virtual environment for interaction, congregation and immersive storytelling. In the metaverse, every game can be its own virtual world.

The metaverse is already moving full speed ahead in the games industry, with Epic Games and Roblox blazing the trail. Multiplayer sensation Fortnite, an Epic Games property, recently hosted a virtual concert attended by more than 12 million people. Roblox and Gucci created a virtual Gucci Garden space that sold limited edition virtual bags. One bag was flipped on the scalper market and ultimately sold for 350,000 Robux in the game’s currency – the equivalent of $4,115. To put that in perspective, the virtual Gucci bag sold for $800 more than the real version.

This year, investors say the gaming industry will be robust and that we will see more innovative titles and deals, especially as gamers bring their appetite for the digital experiences that have become as common as smartphones.