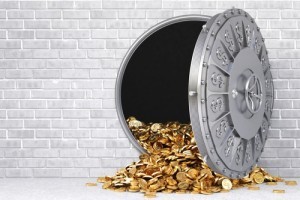 Information Venture Partners, a venture firm launched in 2014 by former RBC principals, has secured most of the C$100 million ($71 million) target set for its second fund, as investors show a growing appetite for opportunities in North America’s financial technology sector.

The Toronto-based firm raised an initial C$72.5 million ($51 million) in committed capital for Information Venture Partners II, earmarked for financings of fintech and enterprise software companies in Canada and the United States.

A mix of corporate and institutional investors signed on to the initial close. Funds affiliated with HarbourVest Partners, including HarbourVest Canada Growth Fund, led commitments. They were joined by Northleaf Venture Catalyst Fund, Teralys Capital Innovation Fund and Permal Capital. Additionally, D+H, a global fintech solutions provider, made a strategic investment in the fund.

Fund II’s initial close comes a little over a year after the founding of Information Venture Partners by Antoniades and Unsworth. In October 2014, they led a management buyout of the portfolio of RBC Venture Partners, the in-house fund of RBC, Canada’s largest bank.

Antoniades and Unsworth spent more than a decade investing together at RBC. Their role included giving the bank a lens on financial innovations and advising on strategic opportunities. They believe their track record positions Information Venture Partners as “a well-established platform for fintech investment.”

“Our long experience in the sector tells us that fintech is not a two-year bubble, but a 20-year macro-trend with huge disruptive power,” Unsworth said. “We think its potential is unlimited and will ultimately be felt right across the financial services spectrum.”

He pointed to a number of innovations by fintech startups, which includes everything from alternative lending and payment systems to crypto-currencies, data analytics and security.

It has also spurred record investment from VC and private equity firms. CB Insights reported more than 730 deals captured about $12 billion from investors in 2014, its most recent full-year estimate of global fintech trends. That was up 201 percent from the year before.

Corporate and institutional investors are attracted to the sector and are looking for specialty funds “best able to leverage fintech opportunities,” Antoniades said. They include strategic investors, such as D+H, whose investment in Information Venture Partners II was its very first in a VC fund.

Fund II will show continuity with Antoniades and Unsworth’s long-standing market strategy. It will lead or co-lead Series A, Series B or later-stage investments in software and services for enterprise, financial and analytics applications.

Antoniades and Unsworth expect a significant share of the fund’s deals will be located in Canada, where an emerging fintech sector has gained traction of late. Financeit, Payfirma, SecureKey, Trulioo and Wealthsimple are among the fintech startups that raised money in 2015. Such companies have accounted for about C$1 billion in investment since 2010, according to a recent report published by OMERS Ventures.

Antoniades and Unsworth said they have been building a pipeline of new opportunities since the launch of Information Venture Partners. They expect to close Fund II’s debut investment during the first half of 2016.

Photo of bank vault and gold coins courtesy of Shutterstock