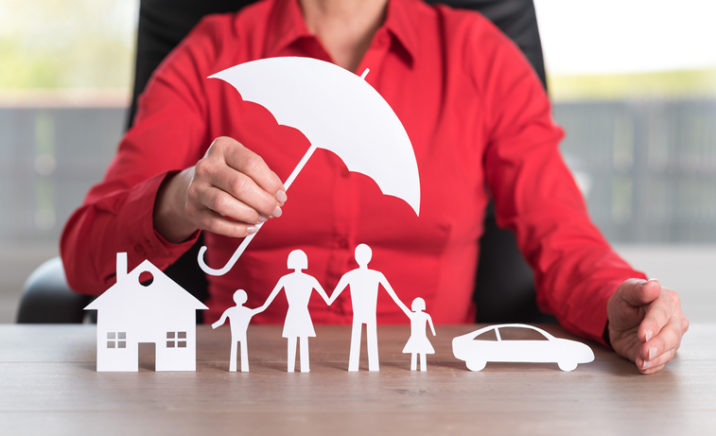 Insurtech funding continued to break records in Q4 to round out a home run year for the sector.

More than $6.35 billion was invested across 314 deals in 2019, according to a recent report from CB Insights and Willis Towers Watson. More than a third of the insurtech capital invested since 2012 flowed through the sector last year.

More than $1.99 billion was invested during Q4 across 75 deals in various stages. The fourth quarter saw a small decrease in number from the 83 deals in Q3, but the final three months of last year saw the highest amount of invested capital in a single quarter on record. 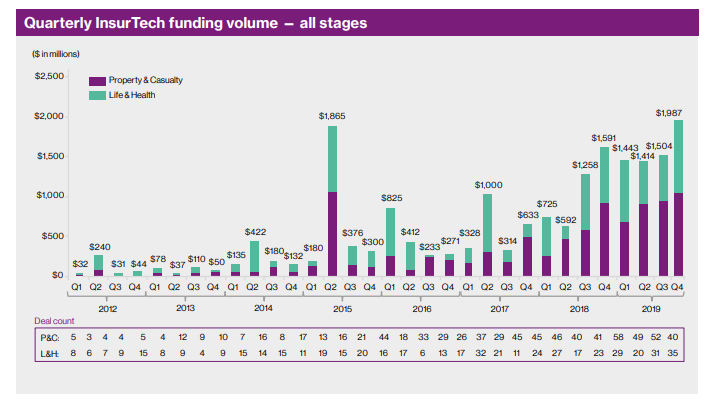 The majority of deals in the fourth quarter and 2019 were into property and casualty-focused companies. There were 40 deals in that sector in Q4 and 199 throughout 2019. Life and health insurtech companies saw 35 deals in Q4 and 115 throughout the year. 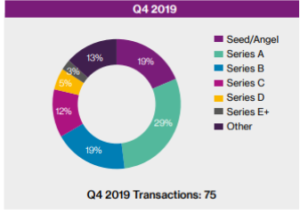 Despite the level of activity in the early-stage rounds, there were still multiple mega-deals during the quarter.

Next Insurance, an insurance marketplace for small businesses, raised a $250 million Series C round in October from Munich RE Ventures.

Five of the 10 unicorns in insurtech were formed during 2019, including Clover Health, PolicyBazaar and Root Insurance.

Since the beginning of 2020, multiple insurance deals have already closed.

Laka, a community-driven insurtech company in London, raised $4.7 million this week from LocalGlobe and Creandum.

The Zebra, which works as an insurance comparison website, raised a $38.5 million Series C round from the likes of Weatherford Capital, Accel, Silverton Partners and Daher Capital, among others.