Brooks said any change will be “subtle.”

Brooks will take over the reins of the organization in January when President Arvind Sodhani retires. 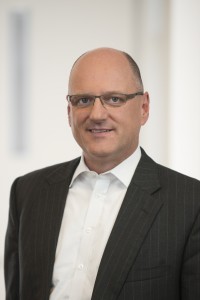 At the same time, Brooks said he expects the venture arm of chipmaker Intel to “re-emphasize” its international investing and seek a greater role in later rounds, which will mean writing larger checks.

On the international front, “I think there is a lot of opportunity the venture capital community has not pursued outside of the valley,” he said.

The organization intends to take a greater leadership role with later stage deals, which means increasing the average deal size. “It’s not a fundamentally big shift,” he added.

During a press conference, Brooks pointed to the number of billion-dollar-plus private company unicorns and said the organization needs to be prudent about where it can join investments and add value.

Separately, Intel Capital reported that it expects to invest more than $500 million in startups this year, about a 40 percent increase from last year.

The investments include $22 million of transactions announced in early November at the organization’s annual Global Summit. The transactions involve 10 companies in five countries, and among the startups receiving investments are mobile and Internet services company FreedomPop of Los Angeles, panoramic camera maker Perfant Technology of Beijing, wireless charging company Chargifi of London, and Body Labs of New York, which digitalizes the shape of the human body.

In September, Intel Capital had indicated its annual investments might run to more than $600 million. Still, the year is a strong one for the organization, which typically invests between $300 million and $500 million.

Photo: Shadows are cast near the Intel logo at the 2015 Computex exhibition in Taipei, Taiwan, June 3, 2015. REUTERS/Pichi Chuang