The gaming industry has come a long way from Pong and Pac-Man.

The market has exploded over the last decade with its growing esports and mobile gaming sectors and breakout mainstream hits such as Fortnite, which grossed more than $2.4 billion in revenue in 2018 and has attracted more than 250 million users to date.

Epic Games, the studio behind the free to play online video game Fortnite, raised $1.25 billion in funding in October 2018 from Smash Ventures, Lightspeed Venture Partners and other investors.

The global video game industry is projected to bring in more than $152 billion in revenue this year. That would which mark an 8 percent year-over-year growth from the $138 billion collected in 2018, according to a report from Newzoo, a video game analytics research firm.

“This is no longer just about Pokémon,” Josh Chapman, a co-founder and managing partner at Konvoy Ventures, joked. “This is the largest entertainment industry in the world.”

Konvoy Ventures is a Denver, Colorado-based firm that focuses on early-stage investing in the gaming sector. Chapman started the firm in 2017 with his brother Jason and Jackson Vaughan, a friend from middle school.

Chapman said he and his brother have been gamers their whole life and saw that the opportunities in the market would pair well with their finance backgrounds.

Konvoy has made eight investments in gaming companies since it launched earlier this year.

Investments include such companies as Game of Whales. The Sunnyvale, California-based seed-stage company provides an AI-enabled service that tracks user behavior to help enhance the value of the game and reduce churn from users.

It also invested in EQU8, a Swedish developer of third-party software that game companies can use to help curb cheating. The company also received funding from Almi Invest and Chalmers Ventures AB.

“If you look at our portfolio, we have data science and internet infrastructure. We have a media club that is game agnostic,” Chapman said. “There is a marketplace of online platforms that are venture invest-able.”

The one segment of the market Konvoy doesn’t invest in is the game creation itself because Chapman said it is too hard to predict what people will want to play tomorrow.

“There are 2 million game studios worldwide,” Chapman said. “For every success like Fortnite there are 1 million failures.”

The gaming industry, similar to film and other media, has a plethora of opportunities to invest in the infrastructure, development and underlying operations of the industry.

Chapman said that focusing on the infrastructure side is also a benefit when speaking to limited partners about investing in the industry. He said that when talking to family offices and endowments, they wouldn’t be interested in investing in games because it is too risky. But they recognize the potential market for infrastructure companies.

New York-based Vice Ventures is also looking for opportunities in the market outside the studio. Vice focuses on investing across “vice industries” such as gaming, marijuana and alcohol and is currently targeting $50 million for its latest fund.

Founding Partner Catharine Dockery said that Vice is interested in investing in the gaming industry because of its fast, positive growth projections. Because of potential addition risks investing in the actual games offer, Vice focuses on the market’s infrastructure opportunities.

“We think actually investing in the games itself is so hard to do,” Dockery said. “It is so expensive, and the user acquisition is hard.”

Even with the added risk and due diligence involved with investing in the actual game creation, many investors think there are still attractive investments.

Neil Sequeira, a founder and managing director at Defy, an early-stage venture firm, said the firm invests in both sides of the gaming equation because both are appealing.

The firm led a $4.5 million funding round last year in Boom Fantasy, which creates a platform and developer infrastructure for fantasy esports. The New York company also raised backing from Founders Fund, ZhenFund and others.

Sequeira said investing in gaming isn’t necessarily about picking the next Fortnite or blockbuster game, but about ease of accessibility and stickiness of the games, whether they are mobile or app-based.

“The bigger risk isn’t necessarily that the games will be adopted or if people will play them,” Sequeria said. “It is the long term sustainability of the game and the profitability, because churn on the games can be high sometimes.”

Newzoo data found that smartphone games are expected to reach more than $54.9 billion in revenue this year, which would be an 11 percent year-over-year growth from last year. Mobile games such as Candy Crush and Clash of Clans are still wildly popular seven years after their initial releases.

Sequeira said that while investing in the actual games adds an additional layer of risk, investors can still find good opportunities using a similar due diligence process to other industries.

Other firms such as March Capital Partners, Griffin Gaming Partners and London Venture Partners also forge the risks to invest in gaming studios and developers.

March Capital launched a gaming focused fund, March Capital Gaming Fund I, in August, which is targeting $50 million dedicated to the industry.

The firm has already participated in multiple gaming deals, such as leading a $4 million Series A round in Knock Knock, a developer of “frictionless games,” at the end of August. And the Santa Monica, California-based firm participated in the funding round for Nifty Games last fall.

London Venture Partners is focused on making seed investments in the gaming market. In mid-September, the firm participated in a $6.6 million funding round in Betadwarf, a game developer. The round was led by Makers Fund and also included new investors 1UP and Everblue.

The industry is set to grow and is predicted to rake in almost $200 billion in revenue by 2022. With the market’s user base continuing to expand and regulations around market sectors such as sports betting and esports continuing to relax, investors have a positive outlook on future opportunities.

Chapman says the esports and fantasy sports betting platforms will be of particular interest to investors in the future as that industry is expected to grow to $10 billion in value over the next two years.

For now, investors are happy to secure their spot in this fast-growing industry.

“We are excited about companies that are supported by the overall gaming industry,” Dockery said. “there is no lie that gaming is growing faster than the NFL. It shows that this big trend is growing.” 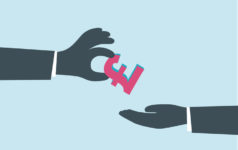