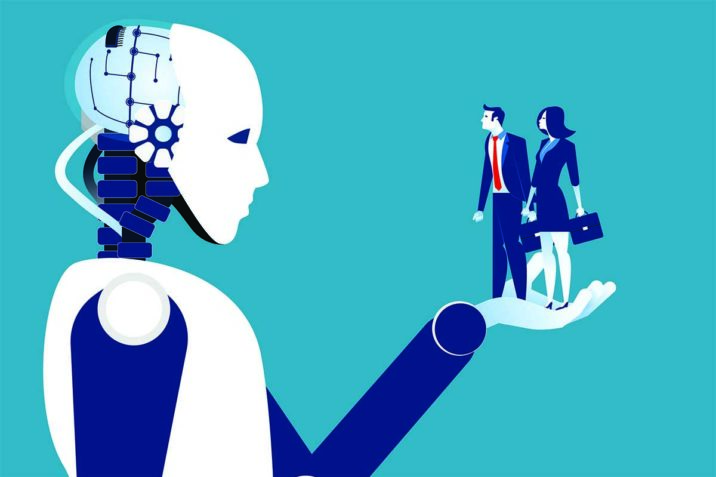 There’s been no shortage of doom and gloom about the venture capital market lately – and for a good reason. With tech stocks cratering, massive bouts of layoffs impacting even the most heralded startups, and the most significant decline in the VC market in 10 years, everywhere you look all signs seem to point to trouble in VC land.

The question now isn’t whether or not we are witnessing a tech market correction, but rather how wide reaching and severe the correction will end up being. And while no one can know for certain where the market is headed in the long term, it’s certainly possible that we will see further downside ahead.

However, even if the current slowdown turns into a prolonged bear market, there’s one area we can expect to weather the storm and continue to attract capital no matter how turbulent things get: deep tech.

Shallow investing causes VCs to look in the mirror

The venture capital industry had its best year in 2020. This was largely due to the Fed’s “easy money” monetary policy throughout the Covid crisis. In fact, according to Reuters, venture capital-backed companies in the US raised nearly $130 billion through that period.

With an excess of money at their disposal, the VC world went into a frenzy, tossing pricing discipline out the window and throwing money at as many start-ups as possible. To put things into perspective, total venture capital investment increased 14 percent from 2019 to 2020 – despite the number of individual deals decreasing 9 percent, with mega-round deals of $100 million-plus hitting their record. The result? Lots of overvalued start-ups and more than 1,000 unicorn companies around the globe.

The vast majority of the companies that commanded this exorbitant attention were software companies – or shallow tech companies, to use a term for start-ups offering relatively simple, digital advances. And while these SaaS, DTC and other shallow tech companies enjoyed being the darlings of the VC and media worlds over the last several years, that spotlight may now be turning toward the VCs who may have let the euphoria lead to some undisciplined strategies during this time frame.

Coming off the heels of what seemed to be a deal-a-day approach, it appears many investors are slowing down and ready to start applying some much-needed due diligence to their processes. All of this “shallow” investing may begin to cause VCs to dig deeper regarding their investment approach.

Before we examine what makes deep tech an attractive sector today, we must first dispel a couple of the most pervasive myths. The first is that in deep tech you can’t build large companies – that unicorns and big assets can only be built in areas such as software and consumer products. To help illustrate how this is simply false, the team at MFV Partners recently compiled a list of deep tech companies that have passed $1 billion in valuation and found about 120 recent unicorns in deep tech with a combined value of $463 billon. That’s right, nearly half a trillion dollars of value has already been created in deep tech.

The truth is that with technological advances and the erosion of barriers to access making the growth of these companies faster, deep tech is becoming an even more attractive sector for investors. Take, for instance, robotics. Industrial robot costs will drop by 50 percent to 60 percent by 2025. This dramatic drop in costs, combined with other factors such as the global pandemic’s acceleration of industries embracing automation, has resulted in a situation where interest in robotics has reached a fever pitch. Similarly, in quantum computing, companies like PsiQuantum are making breakthrough advances in photonics to create the first useful quantum computer and as a result received a $450 million Series D in July of 2021, giving the company a $3.1 billion valuation.

The deep tech sector has seen impressive growth over the last few years, with global investment in the space quadrupling in recent years, rising from $15 billion in 2016 to $60 billion in 2020. But with today’s backdrop where we are dealing with the impact of the global pandemic, facing new challenges in the form of the Russian-Ukraine war, and a macroeconomic environment full of unpredictability, there’s likely to be plenty of upside ahead for deep tech. After all, this is exactly what it was built for.

Deep tech companies have always addressed some of society’s most pressing issues – regardless of whether the economy is booming or slowing down. And we can expect them to continue to rise to the occasion to address the challenges ahead of us, including:

The labor shortage that’s left more than 11 million jobs open in the US has hit the manufacturing industry particularly hard – which, of course, has had a macroeconomic impact. As a result, there’s been a massive increase in the adoption of automation as manufacturers look to drive efficiencies and save costs with fewer workers.

This growing reliance on automation is contributing to a new wave of investment. Just look at Amazon, which recently announced the launch of its $1 billion Industrial Innovation Fund, which it kicked off with an investment in Agility Robotics, the owner of a bipedal walking robot named Digit. We can expect to see more money poured into start-ups like Agility, which are building components and middleware for more flexible robotics that can be used for many tasks, as opposed to single-task alternatives.

As manufacturers attempt to overcome this unprecedented labor shortage, these types of multi-purpose robots will prove to be a necessity due to their ability to work alongside humans, and how they can be easily programmed with different tasks at different times without having to add equipment or workflows.

The US’s reliance on Asia for chip production has been a hot topic of discussion recently thanks to a new bipartisan bill that’s making its way through Congress. The CHIPS Act, which could provide $52 billion in government support to the semiconductor industry, has the potential to be a vital accelerator of high-end chip manufacturing within the US – and an incentive for VCs to throw their hats into a ring that’s sure to host a lot more action.

I believe the CHIPS Act, as well as the impact of the pandemic and the global conflict with Russia, will lead to a multi-year rebound in investment that follows on from the $9.9 billion the space secured globally in 2021. The truth is, these influencers have all spotlighted the need for chip self-sufficiency and nationalization in the US. Currently, China is being pegged to become the world’s top chip producer by 2030 – controlling 24 percent of the market – compared with the US, which is projected to maintain just 10 percent by that time.

Additionally, as the race for quantum supremacy heats up, President Biden has signed directives to fuel US quantum computing development, making it likely that aforementioned companies such as PsiQuantum will continue to drive investment as the quantum race continues to heat up.

Climate tech investment more than tripled to $60 billion in the first half of 2021, compared with the same period in 2020, according to a recent PwC report. And as the rising frequency of extreme weather events highlights the severity of this climate crisis, we can expect an even greater surge in investment in climate technology in the coming years.

In particular, the VC space is interested in technologies that help businesses achieve net-zero emissions. According to the International Energy Agency, by 2050, almost half of global emissions reductions will come from technologies “currently at the demonstration or prototype phase,” and VC funding will be imperative for pushing these innovations to market.

Deep tech companies have never enjoyed the same headline-grabbing multiples as their shallow-tech counterparts, but as this capital crisis drops SaaS VCs and start-ups from cheerful heights back to a humbling reality, that also means deep tech has less room to fall. On the other side, with a backdrop full of pressing issues facing the world today, the space for deep tech entrepreneurs to grow their companies into transformative solutions is perhaps greater than it’s ever been.

Whether it’s robotics companies addressing labor shortages and supply chain issues, or chipmakers allowing us to realize the full potential of AI while lessening our dependence on other nations, or climate tech startups addressing the ever-evolving impact of global warming and natural resource potential – deep tech ROI isn’t just in dollars and cents. It’s being part of innovations that truly make the world a better place to live.

So while the VC market is currently in a significant cooldown period, perhaps the deep tech sector is just heating up.

Karthee Madasamy is founder and managing partner at MFV Partners, an early-stage VC firm focused on robotics/automation and semiconductor/AI computing. He may be reached at karthee@mfvpartners.com.