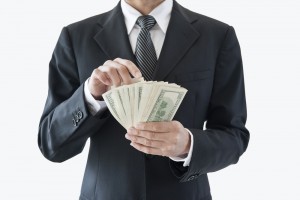 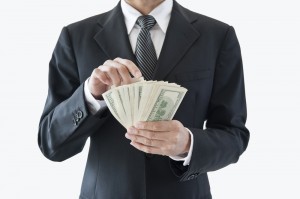 Venture debt appears to be gaining in prominence this year as companies such as Atlassian, Box and HubSpot raise final rounds of traditional equity financing before launching IPOs.

Foursquare, for instance, just announced a $41 million round that included venture debt as it sought cash to fuel growth and avoid an unfavorable valuation through equity financing. Silverpop also brought in $25 million of venture debt last month.

The backdrop to this year’s interest in venture debt is the failure of M&A activity to recover fully from last year’s big dip. At the same time, the IPO headwinds are still kicking in, though we expect to see more of them later this year and in 2014 if the markets hold steady. What this means for companies that have taken in a few rounds of venture funding and are growing their revenues is that a liquidity event is not yet near. These companies require an infusion of cash to keep their top lines growing.

The trouble is that an additional round of equity financing might not come at the best valuation today if a company has just raised a round prior to that and does not have the next big milestone to show. At the same time, traditional debt comes at a high price since most startups lack assets on their balance sheets to raise sufficient amounts of cash. Due to this lack of collateral, traditional debt might also come with unfavorable financial covenants.

Venture debt provides a nice intermediate solution that is attractive to firms seeking growth capital to tide over their working capital fluctuations and focus on growth. Typically the financings are done for 6- or 9-month terms and come with practically no financial covenants attached. Interest rates are often low, a couple of percentage points above prime rate, and fees are quite minimal as well. Usually companies initiate discussions with banks that know their cash flows inside out, so that helps get better terms.

Rates also are kept low because venture debt serves as an interesting asset class for institutional investors associated with these banks to push up their blended returns through warrant coverage. The real return on capital for the banks as well is not the interest itself but the upside from the warrants, which can be fixed, or variable based on the total amount drawn down from the debt facility.

However there are a couple of things to watch out for in venture debt term sheets. The first has to do with material adverse change clauses. Having a material change that is ill defined might deprive a company of access to this facility when it needs it the most by construing an event as a material enough to change a business. Another clause to focus on pertains to change of control and the possibility that a change of control gets adversely impacted by the conversion of warrants.

Also like any form of debt, venture debt creates concerns if the cash flow from a growing top line cannot cover principal repayment consistently and forces another round of equity funding prematurely. Based on the financial model of the company it might be interesting to look at bullet loans as well so that the principal repayment can be postponed to a future date, which might be after an expected liquidity event.

Venture debt provides an interesting way for growth-stage startups to manage their working capital constraints, focus on growth and prepare for an M&A or IPO event. And it seems to be on the rise.

Raghavan Anand just graduated from the Wharton MBA for Executives program in San Francisco and works as a product manager at a bay area startup. He is part of the organizing committee of the Wharton M&A West 2013 Conference to be held on June 6 at Wharton San Francisco.