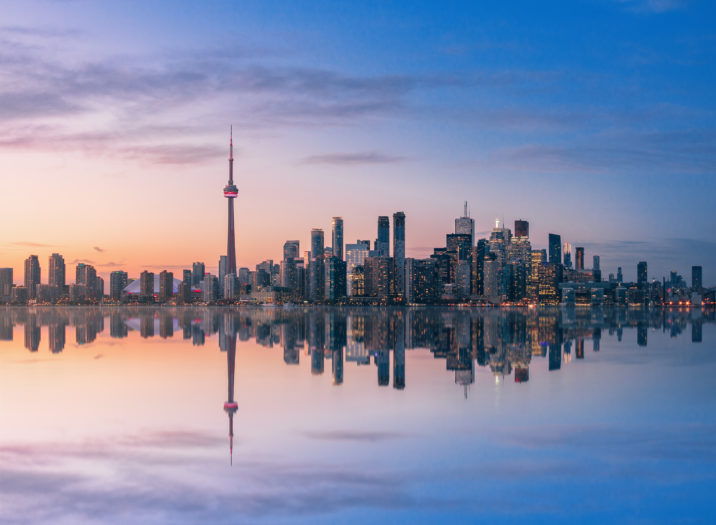 OMERS Ventures has been as busy as Canada’s national animal (the beaver).

From opening a new Silicon Valley office to launching its first Europe-focused fund earlier this year, the 8-year-old venture fund is quickly building its own space in the market.

And while OMERS Ventures operates like a general partner, it’s actually the venture arm of the Ontario Municipal Employees’ Retirement System.

OMERS Ventures populates its portfolio entirely with direct investments, which is quite unusual for a pension fund. Less than two thirds of LPs planned to make direct investments this year, according to a report by affiliate publication Private Equity International.

“The majority — if not all of our investments — are direct investments,” said Damien Steel, a managing director and head of venture at OMERS. “If you look at the OMERS DNA today, across all asset classes, the majority of their investments are direct.”

The pension fund touts more than C$500 million ($379 million) in venture commitments since its 2011 founding, and more than C$1 billion assets under management. The fund writes checks between C$1 million and C$40 million.

The team currently invests out of its third vehicle, which closed in 2017 on C$300 million. The funds are mainly backed by OMERS but they also take an undisclosed percentage of capital from outside investors, including CIBC and Sun Life Financial.

The venture fund invests in both consumer and enterprise startups across Canada, the United States and, more recently, Europe, where it has made three investments and is currently raising a €300 million fund.

The venture arm takes a collective approach to investing with the rest of the OMERS asset classes. “One of the things we try and leverage in the venture platform is focusing on areas where OMERS — the broader platform — has experience, has connections and just understands the space,” Steel said.

When looking at a sector, OMERS Ventures’ team members like to go deep and “get smart” about it, and then find the best companies in the sector regardless of which team might work best for them.

“It does nothing other than help our diligence,” Steel said. “When we go into diligence, only half of that diligence is with the company. The other half is leveraging industry contacts and really working our networks.”

The growth equity sleeve is meant to help fill the gap that exists between the venture and buyouts portfolios, Shulgan said. The venture, growth and buyouts teams work closely to try to find the best opportunities in private equity at any stage.

The growth equity sleeve looks at venture-backed companies that are ready to scale, writing checks that range from C$50 million to C$250 million.

“When opportunities come to us, some of those are going to percolate through the venture portfolio, and some are going to come through relationships we built in private equity,” Shulgan said.

In September, the growth equity team made its first investment in one of OMERS Ventures’ portfolio companies. It invested C$85 million to lead a Series E round in TouchBistro, a Toronto-based restaurant technology provider. OMERS Ventures previously invested C$72 million in the company’s Series D round in 2018.

The growth equity and venture fund team up on sourcing and information gathering about industries and companies. Shulgan said it is helpful to take a top-down approach to look at companies that already have a relationship with the venture team.

“When we start to do thematic work it’s incredibly helpful to be able to just walk down the hall and talk to Damien [Steel] and his team and talk about the opportunities they have been seeing,” Shulgan said.

Both Shulgan and Steel said they don’t push their companies to work with the other sleeves at OMERS because they understand that OMERS comes with a specific skill set and the three teams all look at slightly different industries.

Regardless, the collaborative nature of the portfolio works for them. The pension fund’s private equity returns in 2018, which included the venture portfolio, were 13.5 percent, which was the highest among the pension’s asset classes.