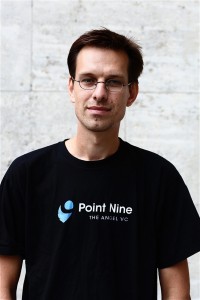 Watching with interest was Christoph Janz, co-founder of Point Nine Capital, and a Berlin-based investor that was an early backer in Zendesk, DeliveryHero and DocPlanner, among about 40 others.

A veteran early-stage investor in the German capital, Janz recently discussed with VCJ what the IPOs could mean for the city’s startup scene, and contrasts the present venture funding climates for European and U.S.-based tech companies.

Q: Do you see the IPOs of Rocket Internet and Zalando in early October as a validation of the Berlin startup sector?

A: They are a good proof that you can build a large company out of Berlin, with hundreds of millions of dollars of revenue and operations worldwide, but still the majority of people work here.

One of the great things about Berlin in recent years is that it has become so good at attracting people from all over the world and it has really made its name as a startup hub. What’s good about Rocket is that there are lots of young people who have spent some years at one of their companies and learned how to do product, sales and marketing, and some of these will create their own startups in the future.

From that perspective, it’s a positive impact.

But the difference, in regards to its IPO, in comparison to the typical American startup, is that the wealth is much more concentrated. After Facebook and Twitter went public, you suddenly had thousands of millionaires who could then become angel investors.

In the case of Rocket and Zalando, there are three guys becoming even richer along with a few institutional investors. There aren’t lots of employees making money too.

Q: How important is the creation of a deep exit market within Europe to the long-term viability of its venture sector?

A: It‘s important as venture capitalists obviously want an exit within 10 years or so, but it’s probably less relevant for us as a small fund than for some of the big investors like Accel Partners and Index Ventures and Balderton Capital.

They invest hundreds of millions and they need billions in exits, so the question is, where will they come from? In that regard, a revival of the IPO market would be very welcome.

But I don’t have any predictions about how things will pan out. I still remember the days of the Neuer Markt 15 years ago when things in Germany went in completely the wrong direction. Everyone and his dog went public, including companies without revenue or proper business models. Q: Do you think there is too much poorly directed seed money in Europe at the moment?

A: I don’t think that there is too much money at any stage. Almost certainly there are companies today that wouldn’t have gotten funding five years ago, but that’s a good thing because five years ago continental Europe was under-financed and it still is.

More money is welcome from our perspective all the way from seed, through Series A and up until the growth stage. It’s very different in the United States. where there seems to be too much money chasing too few great startups, with the obvious effects of valuations going through the roof and crazy amounts of money being raised by some.

There’s probably a bubble in the making, but my impression is that it’s confined to Silicon Valley. Things are very different in Europe.

Q: Given the growing firepower of U.S.-based VCs, have you seen more interest from them in Europe, even at earlier stages than they traditionally invest?

A: Not yet, but maybe it will happen.

There is an increasing interest from U.S. investors to look elsewhere and we’re happy to have them come into our portfolio companies as they grow, but we haven’t seen many investments at all from U.S. VCs in early-stage companies. It’s out of focus for them because of the opportunities in their immediate neighbourhood.

Q: Are you experiencing demand for larger early-stage funding rounds?

A: We are definitely seeing this because we are active in the U.S. as well. Today, companies raise seed rounds of several million dollars that until recently you would have called a Series A. Maybe this is coming to Europe with a delay, but although there is a bit of an increase we’re not seeing it so much in Europe. Silicon Valley seems to be a planet on its own.

A: History says that the vast majority of returns in the VC industry are concentrated on a relatively small number of winners. So we obviously do everything we can to spot those winners early and invest early.

What keeps me up is finding the right companies, and once we are invested doing everything we can to help those companies succeed.