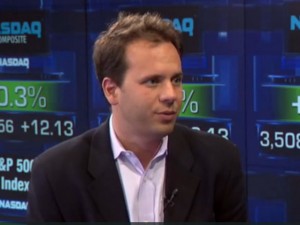 Founded in 2009, Google Ventures has already become a notable force in early-stage venture investing. With an annual fund allotment now bumped up to $300 million per year, the team invests in startups from a variety of sectors. Google recently made investments in music service TuneIn, recommendations site Luvocracy and aircraft technology provider Airware.

Faris recently sat down for a video interview with VCJ, in which he talked more about his investment strategies. Faris, who used to be on Google’s M&A team, is not focused on finding companies that could be bought someday. Instead, Faris says Google Ventures enters an investment with “the mindset that we’re building a self-sustaining standalone company that has prospects of being a public company one day.” Faris says that strategy increases the odds of providing better returns for the investors and entrepreneurs.

A clip from the interview is below. VCJ subscribers can see the entire video by clicking here.

Photo of Karim Faris taken as a screenshot from interview.