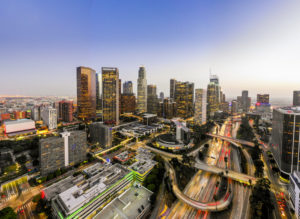 Los Angeles City Employees’ Retirement System’s private equity adviser TorreyCove recently suggested the $18.38 billion pension cut back on venture capital and up its allocation to buyouts, according to two recent presentations to the board’s investment committee.

In a new presentation given Tuesday, TorreyCove told LACERS’s investment committee its recommendations are at least partially tied to fears over a coming market downturn and poor performance by some of its venture managers.

On Tuesday, TorreyCove showed the investment committee the venture and growth equity returns as well as the buyouts returns split into small, medium and large, all as of June 30.

A TorreyCove staffer told the committee these numbers were “relatively weak” and that its late and multi-stage venture managers were largely responsible.

Despite that warning, LACERS committed $35 million to NEA 17, the latest and largest multi-stage fund being currently raised by New Enterprise Associates and which is targeted at $3.6 billion. The commitment is the largest amount the city pension has committed to an NEA-sponsored fund. It contributed $25 million to NEA’s previous $3.3 billion fund, which closed in 2017, as well as $20 million to NEA 15 in 2015 and $15 million to NEA 13 in 2009.

The 2015 NEA fund already looks like a strong performer. It boasted an IRR of 24 percent after just four years, according to a performance report based on June 2018 data from the Los Angeles Fire & Police Pension System.

In addition to NEA, LACERS is an investor in such venture funds as Spark Capital, TCV, Polaris Partners, Insight Venture Partners and Oak HC/FT, among others.

Spark Capital II, a $363 million early-stage fund from 2008, features an IRR of 51.7 percent, according to a LACERS fund performance report. The fund invested in Twitter as well as AdMeld and Adap.tv, which were each acquired for more than $400 million.

LACERS also invested in NGEN, a $250 million fund managed by NGEN Partners in New York. That fund has a negative 4.2 IRR, as of the June 2018 fund performance report from LACERS.

TorreyCove’s presentation was not hopeful about the outlook for venture, either, citing a 2019 McKinsey & Company private markets report that stated several challenges to the asset class. These included a wide dispersion of returns, difficulty accessing best-in-class managers, a decade of torrid growth in the industry and worries that the “run-up” in valuations for venture companies is unsustainable, making adding exposure unwise near the end of the market cycle.

TorreyCove, in a separate presentation given in October, said: “LACERS’s exposure to buyouts is at the lower end of TorreyCove’s recommended long-term target, while exposure to venture capital is near the high end.”

As of June 30, buyouts made up 56.4 percent of LACERS’s private equity investments, with 22.5 percent in large buyouts, 29.9 percent in medium buyouts and 4 percent in small buyouts. TorreyCove recommended a 50 percent to 65 percent long-term target for buyouts and a 55 percent to 70 percent 2020 tactical weighting for the category.

Small buyouts was actually the worst-performing category of the portfolio, a TorreyCove employee told the board. But medium buyouts performed “solid” and large buyouts were strong over time.

The November report said buyouts give managers more control over underlying investments and also allow larger pensions like LACERS to invest at scale. Buyout funds also tend to have their best returns in vintage years when public markets are at their peak, the report said.

TorreyCove also recommended LACERS explore co-investment opportunities as well as a possible secondary sale. TorreyCove and LACERS staff are in the process of developing these policies and will give more information at the next meeting, they said.