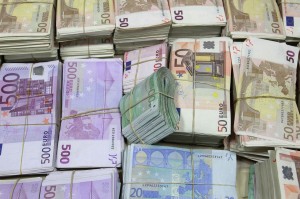 European life science startups scored in February, as two of the largest fundings for early-stage startups were in the sector, according data from Thomson Reuters (publisher of VCJ).

NovImmune SA was the largest European deal in the month, as the Swiss company raised €44.96 million ($66.7 million) in a Series B round. Rosetta Capital reportedly led the round, with other investors including Akina Ltd, Aravis Ltd and Novartis Venture Funds. The company develops drugs to treat immune-related disorders.

Another large pharmaceutical deal happened in Ireland, where GC Aesthetics Ltd raised €43.7 million from Montreux Equity Partners, OrbiMed Advisors LLC and Oyster Capital Partners. The Irish company develops cosmetic implants and raised the roughly $60 million round to expand to Mexico and Asia. The company said that new investor OrbiMed invested $40 million in the round, while returning investors Montreux and Oyster Capital provided $20 million. (For more on the Irish venture scene, click here for “Revving up the Emerald Isle’s VC engine.”)

The life science deals were just two of the 77 European companies that raised €330.9 in venture funding in February. The United Kingdom was home to 22 deals, the most of any country during the month. France was second with 16 venture deals.

The fundings came from a number of European investors, as well as U.S.-based venture firms, such as Highland Capital Partners, which was listed in two deals.

The table “Deals: Europe” is a compilation of venture capital transactions involving European-based deals (including tech and non-tech startups) announced in February 2014 and based on Thomson Reuters data.