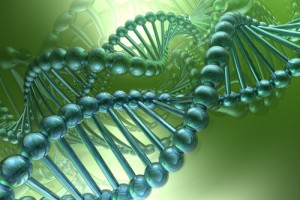 In February, the four venture-backed IPOs that debuted continued a theme that’s been going on since the start of 2014: They were all life science companies.

Similarly, in January, of the eight new issues in the month, only Box, a provider of online data storage services, was in the general tech space. That means that through the first two months of the year, 12 VC-backed stocks have debuted on the NYSE or Nasdaq and 11 are life science companies, a remarkable trend, considering the dearth of life sciences in the early part of this decade.

Combined, the 12 new issues in January and February have raised $953 in proceeds, compared to 23 companies going out in the same two-month period in 2014, raising more than $1.4 billion in proceeds.

However, although there are numerous IPOs in the life sciences sector, their pricing is low.

So says a study of last year’s IPOs from Fenwick & West. The law firm looked at tech and life sciences deals in a year generally seen as the best since the peak of the dot-com bubble.

The study found that during the first half of the year, 44 percent of life sciences deals were priced below the range projected in their S-1s. That rose to 52 percent in the second half.

Obviously, this is not all bad news. A discriminating public market makes for longevity. Well over half of life sciences offerings then closed up on their first day of trading (61 percent in the first half and 55 percent in the second half). But it does undermine company expectations

Technology companies fared substantially better. Only 15 percent of deals priced below their range in the first half and 55 percent fell within. That rose to 27 percent in the second half, more than a quarter of companies.

Tough to tell if that trend will continue in 2015.

But so far in 2015, only 3 of the 12 new VC-backed stocks saw thier share price decline from the initial IPO price by the end of February. (See IPO Aftermarket table.)

It’s too soon to acurately measure the strength of the 2015 stocks.However, Spark Therapeutics, which develops gene-based medicines for a range of debilitating diseases, saw a 140 percent increase in its share price month-over-month.

Mark Boslet contributed to this report.