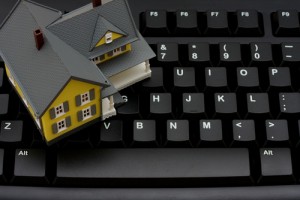 In real estate, location is not everything. Timing is also important, whether you’re a buyer, a seller or an investor in an online real estate startup.

For those investors, the time is now.

“Part of the attraction from the venture side is that real estate is a trillion-dollar industry, yet it hasn’t seen disruption in many years,” said Graham Brooks, a principal at .406 Ventures, which has backed property-listing site Urban Compass.

The immense size of the real estate market is certainly intriguing. According to Zillow, there are roughly 132,935,000 housing units nationwide. And the combined value of these homes is about $25.7 trillion, which is more than the combined GDP of the entire European Union ($16.6 trillion).

Other factors are fueling investor interest in online real estate companies. For one, property is again a booming market, with values soaring nationwide.

Two, exits are available: Trulia and Zillow showed that online real estate plays can go public to the tune of billions—and those companies themselves now offer an exit path, as potential acquirers with deep pockets.

And three, real estate still exists in a largely pre-technological world of flyers and open houses, which makes it ripe for disruption by new entrants.

“We love to help build technology companies that go after old-fashioned industries and enable existing players in that industry,” said Krishna Gupta, a managing partner at Romulus Capital, which led the $5.5 million Series A round for real estate marketing platform Placester. “Real estate is a very complex, very large market, so obviously there are many opportunities when you take it online.”

Placester, which has raised $8 million, builds and hosts websites for real estate agents and crunches data to help them market their properties to high-potential buyers. Placester charges $49 a month for the sites.

One sector with room for expansion is the rental market. Demand for apartments is surging, along with rents. And the vast majority of transactions between landlords and tenants still depend on archaic tools.

Cozy intends to bring those transactions into the digital era. It’s a platform that makes it quicker, safer and easier for apartment owners to deal with apartment renters, allowing landlords to screen tenants, run credit checks and collect rent online. It also enables tenants to fill out applications and pay their rent online.

“Landlords still live in a pre-technology era,” said Neil Sequeira, a managing director at General Catalyst Partners, which recently led a new $5 million round in Cozy. “Much of their work is done with paper and checks and phone calls. It’s not an automated process. With technology you can make those processes much more efficient.”

General Catalyst Partners has also invested in RealtyShares, a real estate investing platform that enables people to raise money for projects. For example, a contractor who buys, renovates and sells homes can use RealtyShares to attract financing. It’s crowdfunding for house-flipping.

Photo illustration of home on keyboard from Shutterstock.