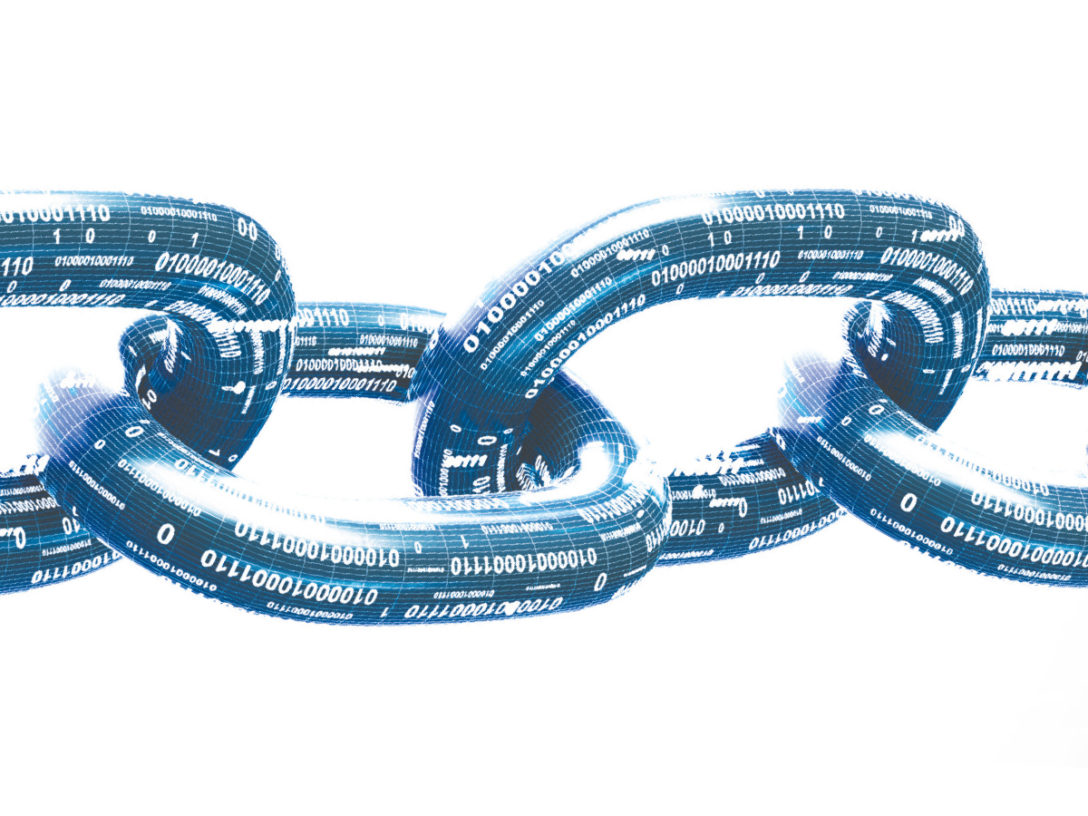 Ever since the internet became a part of everyone’s life and the way that most businesses transact, establishing trust and security has been one of its most persistent challenges. One might recall the 1993 New Yorker cartoon by Peter Steiner that shows a dog sitting at a computer and saying to another canine: “On the internet, nobody knows you’re a dog.”
The cartoon quickly became a meme about internet identity, or lack of it. How exactly do we verify the authenticity of people and information online? How can we buy, sell and perform transactions with trust and security?

One way is through the blockchain. Its disruptive reach is such that now is seen as a watershed moment, when companies and investors can either get on board or face being left behind and suffering the same fate as others that have been eclipsed by transformational shifts.

One high-profile example of this is the film rental company Blockbuster, which failed to pivot for the digital age and react to how streaming was about to change the world of distributing movies.

“We are at this inflection point for blockchain, which we started seeing in 2020”

The blockchain is basically a decentralized digital ledger that records transactions. The use of cryptocurrencies or tokens allow these transactions to be securely recorded and shared within a large, decentralized, publicly accessible network.

For the past 10 years, the blockchain’s ledger technology and its accompanying digital currencies have gained growing support as the means by which consumers can securely transact and store data across the world.

“Blockchain technology is designed to enable the open economy,” says Dave Balter of venture-backed Flipside Crypto. Proponents of digital currencies and blockchain are fervent believers in the transformative power of the technology. They say it could maximize the efficiency of every asset, means of ownership, security, fluidity of markets and mechanism of payments on a global scale.

“We are at this inflection point for blockchain, which we started seeing in 2020,” says Jalak Jobanputra, founding partner of FuturePerfect Ventures, an early-stage venture fund focused on next generation technologies, such as blockchain and machine learning. “We are going to be in the golden age of finance, with more accessibility using blockchain and digital currencies.”

Many, including Jobanputra, believe the pandemic has sped up digitization across the world and that this surge in digital for communications and transactions has also propelled the acceptance of blockchain and digital currencies.

Meanwhile, about $2.6 billion was raised by 129 blockchain-focused start-ups during the first quarter of 2021, according to CB Insights, a data research provider. That figure has already surpassed the $2.3 billion total raised in 2020 from 341 deals.

At the same time, central bank digital currencies are gaining acceptance among regulators. Federal Reserve chairman Jerome Powell recently said CBDCs can coexist with cash. These money instruments issued by a country’s central bank live entirely electronically, without any connection to physical bank notes or coins. They share similarities with the underlying blockchain technology, but are different from Bitcoin in that they are not decentralized: they are instead controlled by one central player. Powell also recently said that the Fed itself is looking closely at issuing a ‘digital dollar.’

Janet Yellen, secretary of the US Treasury, echoed Powell’s statements, when she recently said: “Too many Americans don’t have access to easy payments systems and banking accounts and I think this is something that a digital dollar, a central bank digital currency, could help with.”

Another development driving interest and investment in blockchain and digital currencies is the rapid rise of non-fungible tokens.

An NFT is a unique piece of code on a blockchain. It’s the proof of ownership of a digital asset like a song or a video. By guaranteeing that the asset is the original, not a copy, it enables creators to monetize the digital assets they create. These tokens are designed to operate on the blockchain and when traded, allow digital ownership to be securely recorded on-chain.

“However, off-chain activities by a non-buyer, such as reproducing, sharing and/or displaying the digital art, is not controlled or prevented,” says
Mark Williams, author, risk management expert and faculty member at Boston University’s Questrom School of Business.

“Tokens can and have been used as a surrogate for many types of assets and collectibles. In 2021, what has happened with NFTs is equivalent to a land grab with players trying to be the first to securitize a new asset class such as art and stake their claim.”
Despite this, the heightened interest around NFTs is not all hype – there are businesses that recognize its transformational potential. “You see more reputable businesses willing to look at it [NFTs] as something where value will reside,” says Bob Greenlee, head of regulatory affairs at Tusk Ventures.

Greenlee says the recent boom in high-priced NFTs may not make a lot of sense and may not last, but he adds that they create a convincing use case for creators to be able to capture the full economic value of their creations.

He points to his father, who was a songwriter, and remembers how difficult it was to estimate and collect royalties based on the number of times his songs were played in bars. NFTs have the potential to allow creators to get the full value of what they have created because the tokens can track ownership and usage.

In the world of blockchain and digital currencies, the topic of the moment is decentralized finance, or DeFi. This is a concept in which financial products are available on a public, decentralized blockchain network, such as Ethereum, making them open to anyone to use without going through a bank or brokerage.

One thing that needs to be pointed out is that blockchain and crypto are symbiotic or interconnected. For example, Ethereum is the blockchain platform but to use it the crypto Ether is needed. In the industry it is called the gas that runs the platform.

Just as internet pioneer Marc Andreessen once observed that “software is eating the world,” Kinjal Shah, senior associate at Blockchain Capital, says DeFi is now “eating finance.” Shah points to evidence of market momentum in this direction, such as Visa’s recent announcement that it would adopt the Ethereum blockchain. Another big public company, Square, announced it is putting Bitcoin on its balance sheet. And Tesla recently bought $1.5 billion in Bitcoin and said it would now accept payment for its cars in the cryptocurrency. Fidelity has also applied to launch an ETF crypto index.

Visa hopes to become the first in the industry to bridge the gap between digital and traditional fiat currencies. To settle a transaction with Visa via Ethereum, which is an open-source blockchain, the use of cryptocurrency USD Coin will be permitted. Visa said it is piloting its digital currency work with its partner Crypto.com.

“If you don’t get attached to it, you may get left behind and face the same prospects as Blockbuster when it didn’t see how streaming would change the world of distributing movies”

All of which brings us back to the question about trust and the internet, and the challenge of digital fraud. Experts say blockchain and digital currencies will surely be supported by their ability to provide trust to financial institutions and their customers.

But because blockchain and digital currencies are a transformational technology, companies and new businesses need to quickly learn about this technology and how it is reshaping the landscape and creating opportunities that did not exist before.

“The first thing to recognize is that this a fundamental technology, on the order of the internet,” says Mark Radcliffe of the law firm DLA Piper. “If you don’t get attached to it, you may get left behind and face the same prospects as Blockbuster when it didn’t see how streaming would change the world of distributing movies.”

Early adopters of Bitcoin and blockchain have been rewarded for taking chances in this new marketplace. The same happened in preceding waves of computer and internet technologies, such as the launch of computer browsers, smartphones and social media sites. Believers see blockchain and cryptocurrencies as similarly reshaping the world.

So far, they are right. A transformation is underway and it is reshaping the way we transact and settle on value across a worldwide network in which no one knows you’re a dog – unless you’re leashed to a blockchain.