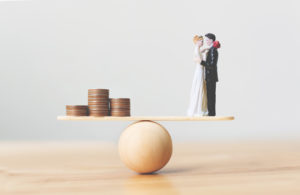 The company I co-founded in March closed our Series B round. As excited as I was to see the recognition of our hard work, one thing keeps gnawing at me.

The issue of gender bias among VCs and in the tech industry in general has been around for decades, and there have been countless nightmare stories about female founders struggling to get VC support – or worse, encountering harassing behavior while trying to do business.

We need to continue to root out such abhorrent behavior, but there’s another bias in the start-up world that hasn’t gotten as much attention: bias against married co-founders. At our company, I am the chief strategy officer, and my wife, Ashley, is the chief executive. These were the natural roles we landed on when we started the company, and they both play to our strengths.

To be fair, not everyone we met during the fundraising process voiced concerns – surely some were too polite or embarrassed to say them out loud – but one person we met with was extremely clear that he would never invest in married co-founders. I’m not even sure why he took the meeting.

I’d been warned this would happen, but it still caught me off guard.

On the one hand, I understand that if you’re deciding to invest millions of dollars largely based on the strength of the leadership team, you want to limit the risk that something will go wrong. The prospect of two founders having marriage trouble that bleeds into the company is certainly scary. High-profile splits like Jeff Bezos and MacKenzie Scott don’t help, even though Amazon’s shareholders seem to be doing okay despite the billion-dollar divorce settlement.

It is absolutely fair for investors to put the co-founder relationship under a microscope. They need to know how they work together, how they complement each other, how they handle disagreements.

Harvard Business School professor Noam Wasserman studied 10,000 founders for his 2012 book The Founder’s Dilemmas and found that 65 percent of start-ups fail as a result of conflicts between co-founders. Co-founders need chemistry, communication, humility and mutual respect (coincidentally all critical elements of a healthy marriage, too), so I expected potential investors to examine those pieces of our relationship.

I didn’t expect them to dismiss us because we said “till death do us part.” Ashley and I have been married for 13 years. We know how to resolve conflicts with each other – arguably better and with more at stake than a couple of 20-somethings who shared a dorm room or went through a six-month accelerator program.

As start-up co-founders, Ashley and I have worn a lot of hats while getting Living Security up and running. We’ve interviewed employees, gone to sales meetings and met with hundreds of clients and customers. Never once has our marital status been an issue, except when it was time to raise money.

What’s funny to me is that one of our first angel investors – someone who continues to work with us – says he specifically invested in us because he has seen how we act as wife and husband. When he was deciding to invest, he spent time with us in our home. He had dinner with us and our three children. He saw first hand how we complement and respect each other and how we raise our kids. Getting to know us at that level convinced him to invest in our business.

If I were an investor, I’d focus on getting to know the founders as deeply as possible, rather than making assumptions or counting on co-founder infighting. In the end, our company and our marriage are stronger than ever.

We found great VC partners who weren’t scared off by our marital status and judged us on the strength of our business and our abilities. As it turned out, their check arrived and we closed the deal on our (lucky) 13th wedding anniversary.