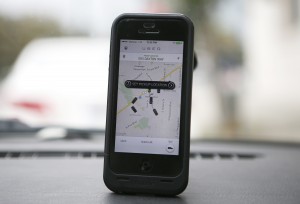 Venture’s enthusiasm for uber-sized deals is anything but receding in recent months.

Fundings of $50 million or more, in fact, are more prevalent in the second quarter than they were in the first, according to data from Thomson Reuters (publisher of VCJ).

And mega deals of $100 million or more also continue at a faster pace than in the first three months of the year.

This kind of commitment comes as something of a surprise, given how hard the Nasdaq selloff hit tech stocks in April, particularly many newly public venture-backed companies. Many of these newly publicly traded companies remain 25 percent to more than 40 percent below their March peaks, including Tableau Software, Marketo, FireEye and Workday.

Still, optimism among private market investors runs strong. It appears to have taken its cue from the broad Nasdaq rebound in late May and early June that has brought the index essentially back to where it was in early March.

The second quarter to date already has seen 13 deals of $100 million or more, compared to 10 such transactions in the first quarter.

The list of deals are listed in a table accompanying this story along with the participating investors.