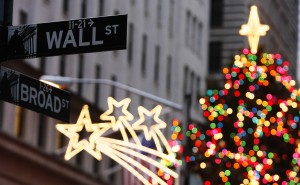 When all is said, 2014 will likely be heralded as the year of the life sciences IPO.

Through the end of October, 72 of the 101 venture-backed IPOs this year, or 71 percent, have been biotech or healthcare-related, according to VCJ. This includes six more drug developers and health care companies that debuted in October: Atara Biotherapeutics, Calithera Biosciences, Dermira, Diplomat Pharmacy, Proteon Therapeutics and Sientra.

And the run is likely not over.

A number of biotech companies remain in the queue, including Autogenomics, a Vista, California-based biotech company that is in registration for a public offering and which previously raised about $18 million in venture funding from Palomar Ventures and others, according to Thomson Reuters data.

Another biotech company in registration is Tobira Therapeutics, a South San Francisco-based company that is focused on drugs to treat liver disease, human immunodeficiency virus fibrosis and inflammation. Tobira has raised more than $92 million in funding from Canaan Partners, Domain Associates  and others.

However, biotech companies are not the only ones going public these days.

Cyber Ark Software is seeing its stock (Nasdaq: CYBR) soar since its trading debut on Sept. 24. At the end of October, shares of Cyber Ark, which also has an office in Newton, Massachusetts, was 121 percent above its IPO price (see accompanying IPO Aftermarket table).

One tech company that is due to go IPO soon is San Francisco-based software analytics provider New Relic. In November, the company filed for a $100 million proposed IPO under the symbol “NEWR.” New Relic didn’t indicate the share price in its announcement. But the company’s regulatory filing lists the total proceed goal.

Benchmark Capital is listed as the largest institutional shareholder of New Relic, owning 22 percent prior to the IPO, followed by Trinity Ventures (13.6 percent). Other sizable investors include Insight Venture Partners and Tenaya Capital. Venture-backed New Relic has raised more than $214 million in funding, including a $100 million round in April.

One question hanging over the market is whether LendingClub Corp., which is in registration for an IPO, will explore a potential sale instead.

Sources told VCJ affiliate publication pehub that the venture-backed company, which filed to go public in August, is being advised on a sale by Goldman Sachs, an underwriter on the IPO.

Morgan Stanley and Citigroup are also underwriters on the deal. If the IPO happens, the company is expected to raise more than $500 million with the IPO at a $5 billion valuation, according to press reports.

It is unclear if anyone is serious about purchasing LendingClub. “Price expectations on the IPO are so high that I don’t see any strategic buyer who would think about that,” a private equity source said. Private equity firms are also unlikely to be interested in the company because it doesn’t present a “normal PE style multiple,” a second PE executive said.

If LendingClub does well with its IPO, other Web-based lenders may follow. On Deck Capital, which provides a platform for small business lending, filed to go public in November. Investors in On Deck include First Round Capital, Google Ventures and Tiger Global.

Luisa Beltran contributed to this report.