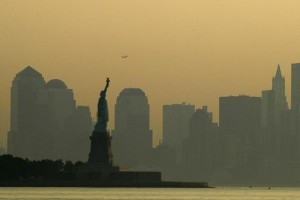 Lightspeed Venture Partners, which recently launched its next round of fundraising, is on track to receive commitments from the New York State Teachers’ Retirement System, according to VCJ’s online affiliated news service peHUB reported.

The system, which had total net assets of $95.4 billion as of June 30, 2013, is completing due diligence on the funds, which is why they’ve haven’t received final approval.

Lightspeed is raising two funds – one that will target early-stage investments, and another that will focus on growth opportunities, sources have previously said. The two funds together could seek a total of $800 million, the sources said.

The New York system committed $150 million to private equity funds in the fourth quarter, and has another $285 million in commitments under consideration, according to the latest investment report.

Venture firm FirstMark Capital closed its third fund on $225 million in November. General Catalyst closed its seventh fund in December on $675 million, while GTCR recently held a final close on its eleventh fund well over target, on $3.85 billion.

Chris Witkowsky is editor of peHUB