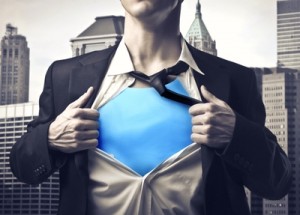 The venture industry is enjoying some of its best returns in years and corporate VCs are back with a vengeance. There are now more corporate VCs in the marketplace than traditional venture firms, according to Global Corporate Venturing. An analysis of historical patterns could suggest that this current investment cycle will soon reverse.

But I don’t agree that history is bound to repeat itself. This time, I believe, corporate venture is here to stay and will get stronger.

Why? There are three main reasons why next-generation corporate VCs who are practicing today are fundamentally different from their predecessors, and why they will be a driving force in the venture industry for many years to come.

1. Corporates are investing with a financial mindset — and an eye toward exits

Corporate venture was traditionally viewed as “dumb money.” Bringing in a strategic investor was code for “We need someone who’s price insensitive.” Today, however, corporate VCs are acting more like their brethren in traditional venture capital — and they’re being rewarded for it.

So what are we and other evolved corporates doing differently? First, we’re keenly focused on performance metrics that address both strategic benefit and financial return. After all, you can’t have one without the other. Leading corporate VCs are concentrating on price and deal structure to ensure they achieve their performance targets and to guarantee alignment with other syndicate partners.

Corporate VCs are also investing earlier. That means we’re taking more risks — but at the same time reaping bigger rewards. While many corporates are still investing in later rounds, many are also targeting earlier rounds with an increased focus on return multiples. Last year corporate seed deals jumped an astonishing 240 percent compared to 2010, according to CB Insights.

Merck Global Health Innovation Fund (GHIF), of which I am president, has created a new playbook for successful corporate venturing. It’s a playbook we’ve been devising for the last 10 years, well before we launched our fund. And it’s working. Since our formation in late 2010, we’ve had three good exits — including the recent sale of Humedica to UnitedHealth Group, which provided a top-tier return.

2. Corporate VCs are redefining their role in venture syndicates

Corporate VCs — and the entrepreneurs they back — are starting to think differently about the ideal syndicate. One major change is the increasing popularity of syndicates with more than one “strategic.”

As entrepreneurs consider which groups can create the most value for the company, many of them are recognizing that corporate VCs often make a better syndicate. We’re even seeing deals in which competitive strategic groups are syndicating. For instance, we recently closed a deal that included a major healthcare insurance company.

The major reason for this evolution is that many corporates can bring more than money. They can create significant value, whether through access to technical expertise, corporate resources or distribution channels.

Just as a data point, Merck GHIF recently won several competitive deals at lower valuations than those offered by traditional financial venture firms precisely because of the value-add we bring to the table. That’s not to say traditional venture firms don’t bring more than money — of course they do. It’s simply that the playing field is now more level for corporate VCs.

3. Corporates are taking an integrated approach to their respective markets — and to portfolio management

Venture is one way for corporates to source innovation, but it’s more powerful when aligned with other efforts in an integrated strategy.

Healthcare, for instance, is a complicated industry in which point solutions seldom win unless they’re an integrated part of the overall ecosystem. Understanding how the numerous pieces fit together — and making the right investments in those pieces at the right time — is key to the success of the digital health market overall.

As one example, Merck GHIF pursues an approach of investing in multiple companies with complementary capabilities that surround a customer problem. We then “connect the dots,” linking capabilities with companies outside our portfolio, to provide a more robust offering. This ecosystem approach enables portfolio companies to accelerate value creation while maintaining focus on building the company.

All of these changes in how corporates are working in venture are part of the evolution to the next generation of corporate venture capital. Of course, corporations are not immune to shifting economic realities. But one thing is certain: There really is something different about today’s corporate VCs.