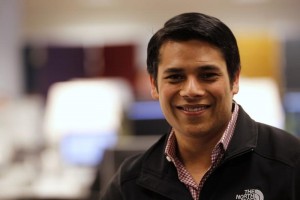 (Reuters) – Nextdoor CEO Nirav Tolia, whose social networking website espouses neighborhood safety and community, is facing civil and criminal charges for leaving the scene of a highway accident that a driver says he caused.

The civil lawsuit filed on Tuesday asserts that Motley lost control of her car after Tolia swerved into her lane last August. Her Honda del Sol spun across two lanes and crashed into the median on Highway 101 near Candlestick Park, south of San Francisco, she stated in court documents.

Tolia drove his wife and child home in their black BMW X5 SUV without stopping or calling 911, the lawsuit stated. Witnesses wrote down his license plate number and gave it to authorities.

Tolia told police in an interview he was shaken and did not call 911 because he was in shock.

“I am truly saddened by the other driver’s injuries and deeply troubled by the whole incident,” Tolia said in a statement on Thursday. “I take these allegations extremely seriously and will continue to fully cooperate with the authorities.”

Tolia also said his car never touched Motley’s car, that officials never issued him with a citation, and he has had no communication with police since August. He learned on May 13 that Steve Wagstaffe, district attorney in San Mateo County, was bringing criminal charges.

Ten years ago, Tolia resigned as chief operating officer of Shopping.com after the company learned he had lied about the status of his Stanford University degree and previous work experience.

Tolia is scheduled for a court appearance in San Mateo regarding the criminal case on May 28.

Nextdoor has raised just over $100 million from backers including Benchmark, Kleiner Perkins Caufield & Byers and Tiger Global. Its last funding, a $60 million round in October, valued the company at more than $500 million.