Internet of Things (IoT) companies are seeing a surge in venture funding while fewer dollars flow into other top technology sectors.

U.S.-based VC-backed companies raised $25.9 billion in Q3, down 15 percent from the second quarter, while deal activity fell 16 percent from Q2 to 1,304 transactions, according to a recent report from CB Insights and PricewaterhouseCoopers. Deal activity was also down from the third quarter of 2018, when U.S.-based VCs poured $29.5 billion into 1,528 deals.

The Internet of Things was the only tech sector to see increased deal flow and investment dollars in the third quarter, compared to the second quarter, CB Insights reported.

The sector saw more than $1 billion flow through 47 deals in the third quarter, up from just under $760 million for 45 deals in Q2. A year earlier, VCs poured a little over $700 million into 50 IoT deals.

This was only the second time IoT fundraising passed the $1 billion mark in a single quarter since the beginning of 2017. 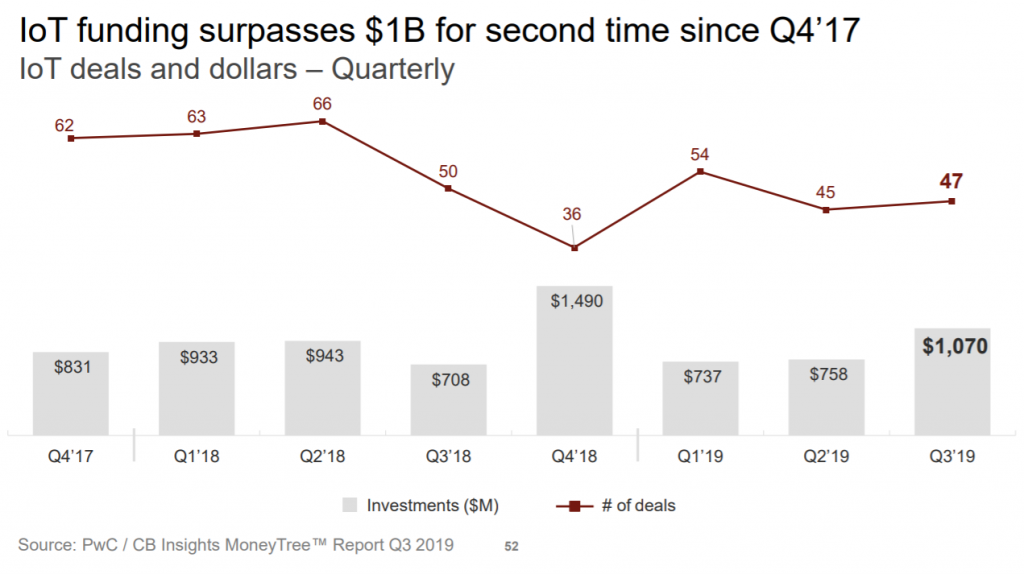 Despite increased activity, there was only one IoT mega-round during this past quarter. Samsara Networks raised a $300 million Series E round in September from General Catalyst, Andreessen Horowitz and Tiger Global Management. The San Francisco-based company focuses on industrial IoT solutions. 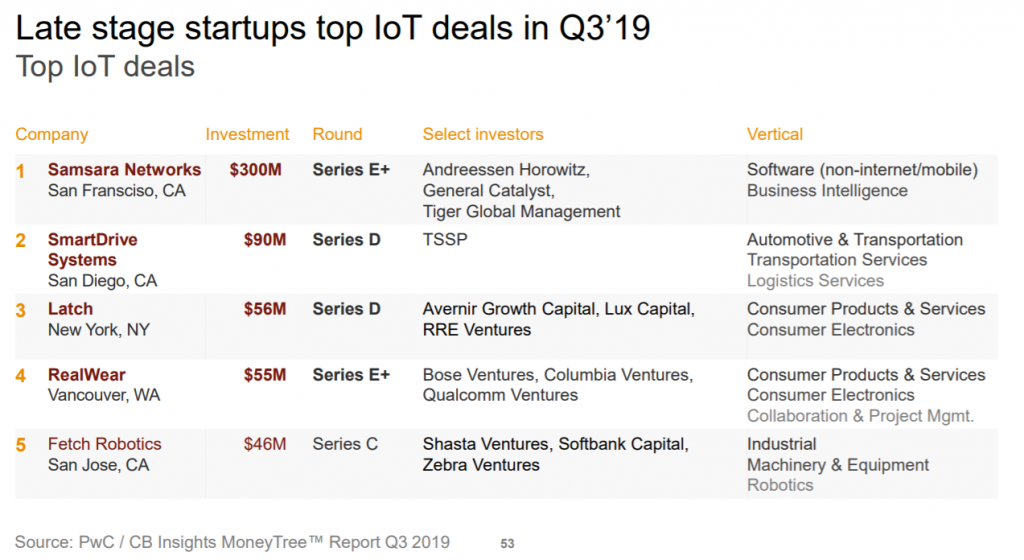 The Q3 success of IoT was in stark contrast to the other technology verticals, including usual heavyweights like AI and cybersecurity.

Cybersecurity saw a sharp decrease during the third quarter. The sector saw $1 billion flow across 63 deals, down from $2.2 billion across 79 deals during the second quarter. One-fifth of that capital was involved in a $200 million Series E round for Boston-based Cybereason led by Softbank.

On a similar note, AI fundraising fell 15 percent in Q3, despite a $1 billion funding round into San Francisco-based OpenAI led by Microsoft.

Fintech fundraising was down 26 percent. However, this space saw all of its top five deals come in above $200 million during the third quarter. The largest fintech deal was a $350 million Series E round for Columbus, Ohio-based Root Insurance. Backers included Coatue Management, Redpoint Ventures and Tiger Global Management. 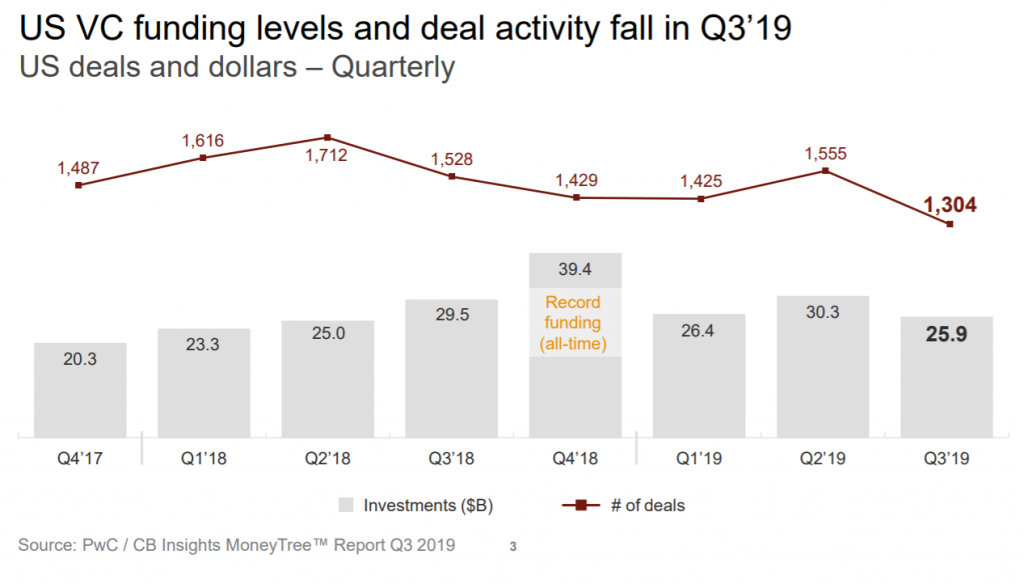