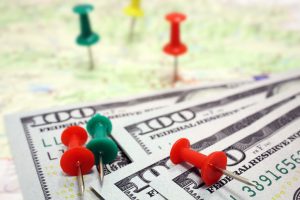 OMERS Ventures has culminated its expansion plans by announcing a $750 million transatlantic fund to invest in Canada, US, UK and the rest of Europe.

The fund is capitalized by the Canadian pension plan OMERS, the venture firm’s parent and which has about $110 billion in assets.

The new fund will focus on such sectors as insurtech/fintech, healthtech, proptech and workplace technology (which includes enterprise SaaS and logistics tech). OMERS Ventures typically invests from Series A to C deals, but will go earlier or later opportunistically. Investments range from $5 million to $20 million, with total capital, including follow-on rounds, ranging up to $40 million per company.

Damien Steel, managing partner and head of ventures at OMERS Ventures, told Venture Capital Journal the firm has already made a few deals in various sectors, and it is finalizing a few more that will give it a total of eight from the new fund. Steel said the firm was in discussion with all eight of the potential portfolio companies prior to the covid-19 pandemic.

Steel added that current market conditions should not adversely affect the team’s ability to invest.

“The market has changed and the coronavirus is creating new pressures,” Steel said. “But it is also creating opportunities to use technologies in new ways, whether it’s working from home or in telemedicine. We see all of our sectors of interest being propelled by the pandemic.”

He added that the venture team is continuing to evaluate new deals and that one of their portfolio companies is in the midst of raising a follow-on round of financing. OMERS Ventures is participating in the company’s next round with a Silicon Valley investor that the company has only met via teleconferencing.

“In some ways, Zoom is making fundraising more productive and it is helping create a human connection when we see a person’s kid or cat come into view on the screen,” Steel said. “The market has changed and we’re adjusting, but we’re getting to know each other over teleconferencing and that is a benefit. Plus, we use less trains, planes and autos and we just have to click a button to communicate.”

Going forward, he anticipates the fund to invest about 60 percent in North America and 40 percent in Europe.

‘Culmination of 18 months of hard work’

OMERS Ventures is not new to multi-stage investing. The firm has been investing in tech since 2011, and some of its portfolio companies have included Shopify, Hopper, Wave, TouchBistro and DuckDuckGo, among others.

Its initial focus was on Canada.

Steel, who joined the firm in 2011, took over as head of ventures in 2018 and by the following year OMERS Ventures began to branch out.

In January 2019, the firm opened an office in Palo Alto, California. It also hired Michael Yang, formerly of Comcast Ventures, to lead its Silicon Valley operations. In March 2019, OMERS Ventures then raised its first European venture fund of €300 million and opened an office in London, which it shares with other OMERS investment entities, including OMERS Private Equity and OMERS Infrastructure.

“The new fund is a culmination of 18 months of hard work,” said Steel. “[In 2018] the timing was good for us to begin to expand our focus on the US and European markets, which we had only done opportunistically in the past.”

All told, OMERS Ventures now has nine investment partners in three offices – Toronto, Palo Alto and London – which will invest from the one new fund.

Steel said there are no plans to open any new office for the venture team.