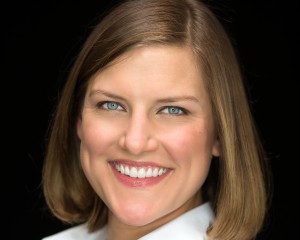 The toughest challenge facing most new technology companies these days isn’t getting funded. It’s scrambling to hire the best, most skilled employees.

Heavyweights such as Google and Facebook can lure top talent with six-figure salaries, lucrative stock packages and lavish perks, including sushi buffets and free laundry service. How can any startup or emerging company compete with that?

That’s a question not only startups are struggling to answer, but their venture investors, as well.

San Francisco-based Homebrew, which in February raised $85 million in new funds to make early-stage and growth investments, announced it hired Beth Scheer as its head of talent. Homebrew said Scheer will work closely with its portfolio companies to “help them establish their talent processes and to fill key positions,” primarily in engineering.

Scheer was previously head of executive recruiting at Salesforce. Before that, she was lead recruiter for engineering at Google.

The rationale for in-house recruiting expertise is clear.

“Any of our companies can hire a recruiter to find the right people. That does not add incremental value. What we see as our unique advantage is the strength of our community and our broader network.”

“The people that we put into our companies are critical to their success,” said Diana Martz, director of talent of OpenView Venture Partners.

While technology is vitally important, when it comes right down to it, people are the most important asset at any company. And it’s not just people at the top of the ladder that make a difference, but those in middle-management positions.

“OpenView is forward-thinking in the notion that we don’t just want to focus on executive search for the C-level positions,” Martz said. “Once we make an investment, what our companies really need is the ability to quickly scale their engineering teams and their sales teams, most notably in that middle management layer.”

To that end, Martz leads a team of six in-house recruiters at OpenView who run searches on behalf of the firm’s portfolio companies, typically working on several open job requisitions at any given time.

“I believe we are doing a better job for our companies than if they outsourced this function to a search firm,” Martz said.

She said it also saves the portfolio companies money. She estimates that since 2009, the firm has helped placed hundreds people for its portfolio companies in many critical positions. “We have also done some benchmarking and found that the people we place have a higher rate of retention and stay at the companies longer,” she said.

She added that prior to bringing a talent partner aboard, OpenView saw its portfolio companies spend a lot of their time on recruiting themselves, which was taking time and effort away from running the business. Or they were outsourcing the service to executive search firms that were more interested in racking up fees, and didn’t have a long-term vested interested in the success of their placements.

By bringing the function in-house, OpenView could more effectively look for people who would stay at its companies longer and ultimately make a bigger impact. “There is a much greater alignment of interest now,” she said.

OpenView’s talent management model is different from most VC firms in that portfolio companies actually have to pay for the service. OpenView charges a subscription fee to portfolio companies that choose to use its suite of value-added services, which include market research and sales and marketing, as well as recruiting services.

“Even though it is not free, it is a low fee and it’s not designed to make money for OpenView,” Martz said. “Portfolio companies can hop on and off the contract quarter-to-quarter depending on their needs. But more than half of our portfolio companies are working with us at any given time.”

Katie Hughes, talent partner at DFJ, said the number of venture-backed startups is rising, which makes the competition for the best people even fiercer. So when DFJ made her a partner three years ago, it wanted to provide a service to portfolio companies that went beyond what a typical executive search firm could offer.

“Any of our companies can hire a recruiter to find the right people,” she said. “That does not add incremental value. What we see as our unique advantage is the strength of our community and our broader network.”

Another reason why more venture firms are providing value-add services by focusing on talent is because it could potentially help them win competitive deals.

“The companies we invest in want to build their teams as quickly and effectively as possible,” Martz said. “Knowing they have a VC with a strong talent management function can really help seal the deal.

This sentiment is echoed by Saydeah Howard, vice president of talent and venture services at IVP. Howard, who joined the firm last year, says she’s already been involved in deals where she was able to meet with management teams early on in the due diligence process and provide useful information that potentially made them more inclined to go with an IVP term sheet.

“For instance, in one case, I met with a prospective company that clearly needed a world-class CFO,” she said. “I was able to provide some information around compensation and potential candidates in the market. That may have helped that team feel more comfortable, though it’s hard to say what impact having an in-house talent expert actually had on closing that deal.”

As a talent partner, Howard is not involved in the investment decisions. But once a deal is closed, Howard will meet with the executive team to discuss their immediate hiring needs as well as their plans three or six months down the road.

She is also tasked with looking across the entire IVP portfolio and taking a holistic approach to recruiting. This was something that IVP was lacking in the past.

For example, let’s say one portfolio company is completing a CFO search and they have three great finalists but only one person gets the role. It may not be clear to another partner at the firm, whose own investment is kicking off a CFO search, that there are other vetted candidates that they should be considering.

“To have one person who is looking at these things across the entire portfolio, and not just as a one-off, can be a powerful advantage,” Howard said.

Howard said one of the biggest keys to success as a talent partner is not just the ability to identify good candidates, but to figure out what makes these people tick and really understand what drives them.

The ultimate goal for any talent partner is to simply get out of the way.

“We like it when our portfolio companies get to the point where they can build their own talent team and take over the recruiting function for themselves,” Martz said.