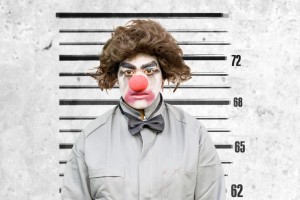 That is the one of the questions startup boards least enjoy debating.

It’s tough enough when the discussion is merely about replacing an inexperienced founding CEO with a more seasoned leader.

It’s even worse when a board has to decide whether to remove a company head who has behaved badly, perhaps by breaking the law or being party to a scandal that could potentially damage a company’s public image.

Unpleasant as it may be to deal with a misbehaving CEO, quite a few startups have had to contend with one in recent months.

At RadiumOne, a digital advertising company backed by Trinity Ventures, Adams Street Partners and others, board members voted in April to dismiss Gurbaksh Chahal, the company’s founder, CEO and largest shareholder, after he pled guilty to battery of his former girlfriend.

At Nextdoor.com, a social network for neighborhoods which has raised more than $100 million from Benchmark Capital, Shasta Ventures, Greylock Partners and other investors, CEO Nirav Tolia pleaded no contest on June 12 to a misdemeanor for leaving the scene of a highway accident. Tolia will pay a $239 fine, spend 30 weekend days in a county program in lieu of 30 days of jail time, serve two years’ probation, and will be responsible for restitution to the victim.

Meanwhile, at Snapchat, CEO Evan Spiegel surely wishes the self-deleting messaging app was around when he was in college. Offensive emails surfaced a few weeks ago from his undergrad days at Stanford University in 2009 and 2010 and which contained sexually graphic content and obscene language.

They’re not a criminal matter, but definitely uncomfortable for the company. Spiegel apologized for his obscene missives, but noted that they date back to his pre-Snapchat days and do not reflect his current beliefs or style of communicating.

This story first appeared in Reuters Venture Capital Journal. Subscribers can read the complete story here. To subscribe to VCJ and other venture-related research products, click here for the Marketplace.