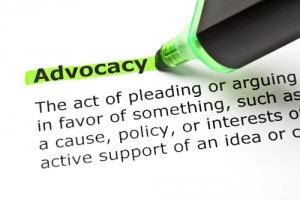 Standing as the frontline advocate of the venture industry and the broader entrepreneurial ecosystem in our nation’s capital is a non-stop affair involving many tools and resources. From our in-house policy and communications teams to our outside consultants and various research partners, we have many tools at our disposal. And while each of these tools is very effective in its own way, the one tool we find most valuable is you: The venture capitalist.

Having you on the ground in Washington, D.C., in front of policymakers to share your thoughts and experiences of what is taking place in the innovation economy is the best tool we have available to us, and it was on full display last month when the NVCA Board of Directors was in town to visit with lawmakers on Capitol Hill.

Our board members fanned out to meet with senators and representatives from both sides of the aisle. From the newly installed Senate Majority Leader Mitch McConnell (R-KY) to Rep. Erik Paulsen (R-MN) and the New Democrat Coalition, NVCA board members met with lawmakers and congressional staff on a variety of issues critical to the entrepreneurial ecosystem.

Patent reform came up repeatedly and was clearly an issue top of mind for board members and lawmakers alike. In all our meetings, NVCA’s board members made clear that we believe strongly in the stated goal of patent reform to curb abuses in the system, but we want Congress to take a measured approach in determining what steps, if any, are needed to address these abuses. Specifically, board members said that the industry’s chief concern is that in the race to press ahead with patent reform the pendulum could swing so far that it could negatively impact small startups that depend on strong patent protections to ensure their survival.

Another topic that came up repeatedly is tax reform. On that front, our main message to Congress is that through comprehensive tax reform, lawmakers should be mindful not to overlook the implications on the entrepreneurial ecosystem. Taking it a step further, NVCA board members reminded lawmakers that tax reform presents an opportunity for them to identify ways to use the tax code to encourage entrepreneurial activity. The board discussed with lawmakers a number of modifications and improvements Congress should make to the tax code to bolster the entrepreneurial ecosystem, including reforming or eliminating certain tax rules that are arbitrarily restrictive to pre-revenue businesses as well as reforming section 1202 to make it easier for young startups to take advantage of the benefits.

Finally, one topic that was of great interest to lawmakers and aides is the issue of diversity. Fortunately, NVCA board members had a positive message to share due to the recent announcement late last year that NVCA had formed a task force to examine the lack of diversity in the venture capital industry and develop solutions to support diverse groups of VCs and entrepreneurs. NVCA board members explained to lawmakers that despite all the negative headlines, the industry is committed to inclusiveness and it’s because of that commitment we launched the NVCA Diversity Task Force to develop a clear and measurable path to increase opportunities for women and men of diverse backgrounds to thrive in venture capital and entrepreneurship.

Other issues on the minds of NVCA board members ranged from the importance of FDA reform to medical innovation to the need for greater access to high-skilled workers to the vital funding link venture capital provides to young energy startups so that they can build next-generation energy technologies.

As good as our board members are at delivering the right messages to lawmakers on all of the issues impacting the entrepreneurial ecosystem, we need more of you engaged. To that end, if you ever find yourself in Washington D.C., give us a call so that we can arrange some meetings for you on Capitol Hill. After all, nothing is more captivating for lawmakers than hearing firsthand what is coming down the pike from the innovation economy.

Bobby Franklin is president and CEO of the National Venture Capital Association (NVCA).

This guest column first appeared in affiliate magazine Venture Capital Journal, which is published by Buyouts Insider. Subscribers can read the full story by clicking here. To subscribe to VCJ, click here for the Marketplace.