SPACs will continue to buy companies with the intent of bringing them to the public market, but their pace of acquisition will not be as fast. That’s according to Steven Weinstein, chief executive of early-stage investor Seismic Capital, who sees SPACs slowing down as an oversupply now exists and not enough target companies meet requirements.

To be sure, the buzz around SPACs may have cooled down slightly due to increased regulatory interest. But the number of SPACs or SPAC-backed companies continues to grow. In the past few weeks alone, several public debuts were backed by SPACs. 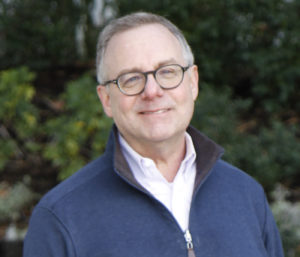 “We’re not convinced that the pace of the SPAC itself can continue, especially since they’re so awash with money, and they’re all chasing the same kinds of transactions that they’re ending up overpaying for companies,” Weinstein said.

Weinstein believes SPACs could change as the transaction faces more scrutiny by the Securities and Exchange Commission and could evolve to include more regulatory oversight.

“So long as there have been companies with capital that have public access, they’re looking to put product inside their companies. Whether it’s a direct IPO or a reverse merger, or a SPAC, or something else, we’re going to continue to see these kinds of companies,” he said.

The SEC has issued four separate statements on SPACs since December, as previously reported, a sign the agency has grown concerned over its growth. Venture Capital Journal also previously reported that the SEC might impose additional disclosure rules for SPACs. And a report from the NVCA said the valuations of companies may continue to go up with the rise of SPACs.

Despite this, Weinstein said there’s still a lot of room for start-ups that want to grow more organically, even in later stages. He said many of the companies Seismic Capital talks to are more concerned over getting support to grow rather than going public quickly.

The growth of SPACs, he added, has not hurt early-stage investors like Seismic Capital because many SPACs work with companies closer to going public.

It is hard to know the impact the SPAC craze will have on the long-term, but Weinstein said that he anticipates a healthy mix of VC and SPAC-like interest in start-ups.