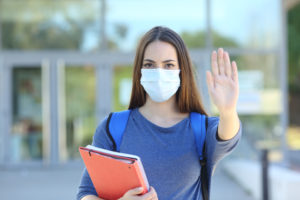 Australia’s M8 Ventures appears to be the first venture firm to put fundraising efforts on hold due to covid-19.

The Sydney firm, which was trying to raise A$10 million ($6.2 million; €5.7 million), says it has gone “into sleep mode until there is more certainty in the economy.”

“We could continue to limp along, and maybe we’d find a few people bold enough to sign up, but there are no penalties for over-correcting in this environment, so we’ve told our current investors to forget about it for now,” Jones wrote in a blog post.

The move isn’t altogether surprising, as industry veterans have said it will be very difficult for first-time funds to close in this market. “I think anyone raising an entirely new fund is going to struggle,” said Geoffrey Love, who oversees venture capital for the $33 billion Wellcome Trust, in a recent interview with Venture Capital Journal. “We’re focused almost exclusively on existing relationships.”

Kelly DePonte, managing director of placement agent Probitas Partners, echoed that assessment. “So many LPs have policies in place that require onsite due diligence,” he told VCJ. That effectively means LPs cannot do new fund commitments because they have put in-person meetings on hold due to the coronavirus.

Jones acknowledges the challenge of being a first-time fund manager. “We thought potential LPs would look at the success of the previous vintage of first-time tech venture fund managers and decide to put some money into the next vintage,” he wrote. “Instead, we’ve seen many of those investors decide to write bigger checks into the subsequent funds raised by that previous vintage, prepared to accept a likely lower rate of return but with the perceived lower risk that comes with backing an established fund manager.”

To overcome the first-timer hurdle, M8 Ventures plans to pivot and join forces with an unnamed “later-stage tech fund to be managed by a well-known identity in venture capital,” Jones wrote. He went on to say: “If we make it through the next few months in good shape, we look forward to formalizing that relationship and introducing them to you as well.”