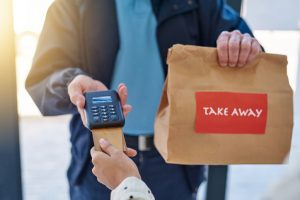 Postmates is entering the final leg of its journey to an IPO. The company, which operates at the crossroads of last mile delivery and the sharing economy, recently disclosed that it confidentially filed for a public offering with the Securities and Exchange Commission.

Founded in 2011 by Sam Street, Sean Plaice and CEO Bastian Lehmann, Postmates now operates in hundreds of North American cities. While the company originally sought to deliver any type of product, food has become its top category in recent years. Private investors last valued Postmates in January at an estimated $1.8 billion in its Series F primary round. The firm has raised $680 million from venture capital powerhouses, like Tiger Global, Founders Fund and Spark Capital.

So as Postmates approaches an IPO, the question is whether public investors will embrace it?

Last-mile delivery is a large and growing market segment. Postmates operates in a large and growing market, which could lead to healthy returns for risk-on investors. Morgan Stanley estimates the food delivery market will hit $30 billion, or 11 percent of all restaurant spending, by 2022. While Postmates says its couriers currently reach 70 percent of U.S. households, it will need further market penetration in order to achieve profitability. Postmates will presumably use its IPO proceeds to rapidly expand into new geographies.

Demographic tailwinds: tech-savvy Millennials come of age. From Baby Boomers to Millennials, the next few decades will mark the largest transfer of wealth in recorded history. Millennials, who already account for the largest share of the global population, also tend to use on-demand delivery services at a higher rate compared to Gen Y and Boomers. This combination of money and tech savvy could propel Postmates to profitability in coming years. In fact, social media influencer Kylie Jenner and tennis star Serena Williams, celebrities with large Millennial followings, boosted Postmates’ popularity after they praised its service.

Key partnerships with big chains and tech giants. Postmates shuttles grocery orders for Walmart and enjoys an exclusive partnership with Apple. We believe these relationships demonstrate the breadth of Postmates’ platform. Attracting more corporate customers will likely lead to better product offerings, which could drive additional user growth and revenue.

Postmates Unlimited creates stickiness. The unicorn launched Postmates Unlimited subscriptions in 2016. For $9.99 a month, subscribers can get unlimited food deliveries on orders greater than $15. This service created the opportunity for recurring revenue, increased cash flow and greater user loyalty. Investors will likely focus on repeat customers and how often they use the platform when valuing the company at IPO.

Competition is abundant and well-funded. The biggest obstacle to Postmates’ profitability is competition. The company faces formidable competitors in the food delivery space, including UberEats, Amazon Restaurants, DoorDash, Square’s Caviar, GrubHub, Yelp, Ritual, Instacart (on the grocery delivery side of food), and traditional restaurant delivery. Postmates needs to differentiate its platform from the field of well-capitalized alternatives. For example, DoorDash, which raised $250 million last August, is seeking an additional $500 million. While Postmates controls a healthy 42 percent share of the Los Angeles market, such dominance elsewhere is not a slam dunk in the future.

Acquisition by incumbent unlikely. Given the crowd of competitors, we think it’s unlikely someone will acquire Postmates after an IPO. Postmates users who are not subscribers likely search for the delivery service which offers the best coupon of the day. Delivery platforms bleed cash to attract customers and will likely do so as long as competition remains intense. Postmates itself has been offering $100 in delivery credit to new users. Companies looking to enter the food delivery industry are more likely to build their own networks, as UberEats and Amazon Restaurants have done. However, Postmates could eventually become an attractive acquisition target if the company demonstrates strong brand loyalty among users.

1099 or W2? Like many on-demand services, Postmates faces legal obstacles to reach profitability, specifically how it categorizes its couriers. The company currently considers couriers independent contractors and thus it does not withhold taxes, or pay for benefits. If regulators force Postmates to classify couriers as employees, profitability will likely get more challenging.

Profitability must be in sight. Investors’ most pressing concern is Postmates’ road to profitability. Pure-play competitor GrubHub enjoys a high enterprise value to forward-looking revenue compared to Yelp and Japanese ecommerce company Rakuten. GrubHub is profitable, generating over $350 million in gross profit in fiscal 2017. GrubHub had 50 percent of the U.S. market as of February 2018, and investors have likely rewarded the company with a higher multiple. Postmates, on the other hand, held only 9 percent of the American market. We think investors will likely assign Postmates a similar value to GrubHub, albeit with a market share caveat.