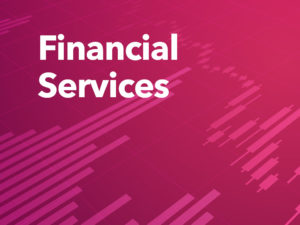 Canadian management and holding company Power Corp has agreed to sell a portion of its stake in Wealthsimple, a Toronto-based provider of digital financial products. The sale, which forms part of Wealthsimple’s previously announced C$750 million financing, will generate C$500 million in proceeds for Power Corp and reduce its interest to 43 percent. The deal is expected to close in May.

MONTRÉAL, May 3, 2021 /CNW/ – Wealthsimple Financial Corp. (“Wealthsimple”), a member of the Power Corporation group of companies and one of Canada’s leading financial technology companies, issued a press release today announcing it has signed a $750 million financing round. The fundraising consists of a $250 million primary offering by Wealthsimple, as well as a $500 million secondary offering by Power Corporation of Canada (TSX: POW) (“Power Corporation” or “PCC”), IGM Financial Inc. (“IGM Financial”) and Great-West Lifeco Inc. (“Great-West Lifeco”) (collectively the “PCC Group”) pro-rata to their respective ownership interests. The transaction is subject to customary closing conditions and is expected to close by mid-May 2021. Additional details of the primary offering are disclosed in Wealthsimple’s press release issued earlier today.

The PCC Group is the largest shareholder of Wealthsimple holding a 62% equity interest, on a fully diluted basis with PCC, IGM Financial and Great-West Lifeco owning 23.1%, 36.3% and 2.3%, respectively. The PCC Group’s interest represents 76% of the voting rights. Following completion of the primary and secondary offerings, the PCC Group will continue to be the largest shareholder in Wealthsimple with a combined 43% equity interest, on a fully diluted basis, and 60% of the voting rights [1]. As a result of the secondary offering, the PCC Group will receive proceeds of $500 million and will retain an interest valued at $2.1 billion, a total increase in value of $1.7 billion from December 31, 2020 and $2.3 billion over the PCC Group’s invested capital of $315 million in Wealthsimple. This represents a multiple on invested capital of 8.3x and a compound annual return on investment of 79% (before expenses and taxes).

Today, IGM Financial also announced the change in its ownership interest in Wealthsimple. IGM Financial will receive proceeds of $295 million ($260 million after-tax) from its pro-rata share of the secondary offering and will retain an interest valued at $1.15 billion. Additional details are disclosed in IGM Financial’s press release issued earlier today.

Wealthsimple is a key part of a portfolio of fintech investments that the PCC Group has cultivated through Portag3 Ventures (“Portag3”), the venture-capital arm of multi-asset class alternative investment platform Sagard Holdings. Investments in organizations such as Wealthsimple enhance the capabilities of PCC’s publicly traded operating companies while giving them exposure to new markets with favorable secular trends. Through Portag3, the PCC Group will continue to play an active role in Wealthsimple’s growth through Board membership and support from Portag3’s value creation team.

[1] Including a 3.8% interest held through a co-investment vehicle managed by Sagard Holdings.

In the first quarter ended March 31, 2021, the revised Wealthsimple valuation will result in a net increase in the liability related to put rights held by non-controlling interests and option holders of Wealthsimple of approximately $200 million recorded through the statement of earnings and a net carried interest expense of approximately $41 million.

In the second quarter ended June 30, 2021, pending a successful close of the transaction, the put rights will be extinguished. Following the close, the primary and secondary offerings and the extinguishment of the put rights will result in an increase in participating shareholders’ equity of approximately $0.7 billion recorded through the statement of changes in equity.

[2] All amounts disclosed are attributable to PCC participating shareholders.

Wealthsimple is a financial company on a mission to help everyone achieve financial freedom, no matter who they are or how much they have. Using smart technology, Wealthsimple takes financial services that are often confusing, opaque and expensive and makes them simple, transparent, and low-cost. The company was founded by a team of financial experts and technology entrepreneurs, and is headquartered in Toronto, Canada. To learn more, visit www.wealthsimple.com.

Power Corporation is an international management and holding company that focuses on financial services in North America, Europe and Asia. Its core holdings are leading insurance, retirement, wealth management and investment businesses, including a portfolio of alternative asset investment platforms. To learn more, visit www.PowerCorporation.com.