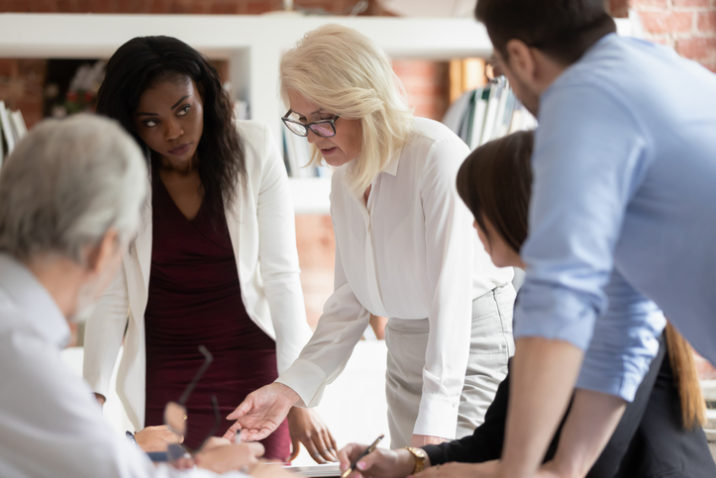 An unintended consequence of the SEC’s proposed tighter regulation of private equity could be increasing the cost burden on smaller funds, which would impact the growing community of diverse managers that have been making inroads in the industry.

The SEC has proposed much stricter rules on private equity on everything from transparency of fees and expenses, preferred treatment of LPs and reporting and compliance measures. The commission recently extended the public comment period on the proposed rules amid a flood of correspondence from interested parties on all sides of the issue.

As is usually the case, increased rules mean higher compliance costs for those advisers who fall under regulation. For the biggest firms in the industry, those costs can be handled, but for smaller shops, and especially emerging managers, those costs could prove harmful.

It remains to be seen if the SEC will make provisions to ease the burden on smaller shops, but as of now, the proposed rules would be implemented equally across the industry.

“Some of the proposed rules are going to create a reporting burden across the board. And the expectations will be the same in a small fund as they are in a large fund. That’s going to have an adverse effect,” said Marieke Spence, the executive director of Impact Capital Managers, which is a network of private fund managers focused on impact investing.

Funds owned by women and/or minorities represent a much smaller slice of the PE industry. According to the Knight Foundation, minority-owned firms managed 4.5 percent of all private equity assets under management, while women-owned firms managed 1.6 percent in 2021.

The venture capital industry remains predominantly male and white, according to data from the National Venture Capital Association and Deloitte. White men and women represent 76 percent of investment and partner positions, followed by Asian or Pacific Islanders at 17 percent, Hispanic or Latinx at 5 percent and Black partners at 4 percent.

However, the industry has been inching forward on issues of diversity, especially as large LP organizations make diversity and inclusion a more important factor in their decision to back managers. While diversity on its own is usually not a reason to commit or not, many LPs have put procedures in place as part of their due diligence, and many track the diversity of managers in their portfolios.

Earlier this month, the New Jersey Department of Investment launched a dedicated emerging managers platform with Barings that will steer money into newer funds. The system’s CIO, Shoaib Khan, stressed that the move would also benefit firms owned by minorities and women.

“The nature of having LPs wanting to give diverse managers a chance has been a long-standing challenge,” said Robert Greene, president and CEO of the National Association of Investment Companies, the nation’s largest network of diverse-owned alternative investment firms. “Groups like mine have fought more than 35 years trying to get investors on board with us.”

Proposed new regulations from the SEC come with steeper compliance costs and demands will hurt smaller funds, according to Greene.

“The current regulations are potentially pushing logs down a hill just as people of color and women are starting to climb the hill,” Greene said.

The proposed rules could also keep people from leaving old firms to create their own opportunities, Greene added.

“Diverse managers are doing a great job and are one of the fastest growing segments in new fund creation,” he said. “We don’t want to see overburdensome regulations and increased risk preventing people from moving from large firms to small firms.”

The rules in place

Just like other GPs, smaller managers are worried about what doing away with the practice of indemnification could mean for the industry. Others have said the SEC’s language indicates that negligence claims could be brought against GPs as opposed to gross negligence, which has a much higher standard to meet.

“As a small firm, we believe the proposal would unnecessarily burden our firm and other emerging private fund managers who do not have the in-house capacity to review and respond to each of the proposed rules,” Marcus Glover, general partner of Lockstep Ventures, wrote in a letter to the SEC commenting on the proposed rules. “Further, the proposal would hurt investors if preferential treatment rules were eliminated, thereby destroying our ability to keep or attract certain investors.”

“Investors before could come to a fund and say they want some special conditions, like maybe having fees reduced by 25 basis points,” said Amy Lynch, the president of Frontline Compliance, which advises investment firms about compliance measures. “Before, maybe a smaller fund could afford to do that. But if compliance and legal costs are raised, maybe fund managers won’t be able to do that. It’s going to make some funds less attractive.”

One size doesn’t fit all

Some in the industry have called for the SEC to do away with the current one-size-fits-all approach to the SEC regulations. Instead, the SEC could create another framework to allow the agency to institute at least some of its proposed rules without impacting smaller funds with diverse managers.

Spence, of Impact Capital Managers, said the agency could create a way for smaller and diverse-owned funds to “graduate” into a compliance regime by crossing a certain AUM threshold. Spence and others have also suggested that the agency give newer funds a certain time period to get established before the possible new rules impact them.

“Right now, the list of rules is the same between a large fund and a small fund, and it’s all coming out of the same 2 percent,” Spence said. “That looks a lot different to a manager with $25 million AUM than a much bigger fund.”