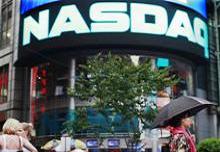 The PVCI is at its highest mark since October 2000 when it stood at 1086.24. The rise of the index is inline with the steady gains seen on the Dow Jones and the Nasdaq.

At the end of October, the PVCI was made up of 533 companies. Of the stocks tracked on the index, 315 advanced in value while 218 declined. Among the top market value gainers, according to the PVCI, were Google, Energy Transfer Equity and Baidu.

Among the companies that saw a decline were Facebook, Tesla Motors and DSW.

However, the top companies, based on value remain Google, Facebook and Cyan.

To download an Excel file with the PVCI, click on the link under “Related Files” on the right.

The PVCI tracks VC-backed stocks beginning at when they launch as public companies. It is a market-valued index that measures the performance of public stocks of companies that have raised financing.