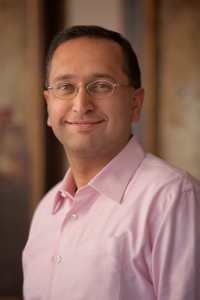 When the Mayfield Fund wrapped up its 14th fund in mid-summer, raising $365 million from 42 LPs and going over its $300 million target, Managing Director Navin Chaddha told me that the firm could have raised over $500 million if they wanted to.

“We could have gone big like many other funds, but we invest in early stage IT and we wanted to remain small and focused on our strategy,” Chaddha said.

Chaddha stayed on point with that message when I visited him near the end of last year at Mayfield’s office in Menlo Park, Calif. In addition to raising a new fund, Mayfield invested about $35 million in 17 companies last year, according to data from Thomson Reuters (publisher of VCJ).

The firm is also going through a transition, having added Tim Chang in late 2011. Last fall, Prashant Fuloria, the former product management director for Facebook Inc., joined Mayfield as an EIR. Fund 14 does not include Yogen Dalal and Janice Roberts as directors. Dalal, who joined the firm in 1991, and Roberts, are listed as venture partners in Fund XIV.

Mayfield, which was founded in 1969, ended the year on a positive note when portfolio SolarCity went IPO.

I chatted with Chaddha about the firm’s partnership transition and its outlook for the new year.

Q: The firm primarily invests in early-stage IT companies, enterprise mostly. Any desire to change that up with the new fund?

A: It’s tempting to change strategy, but what will that get us? We have a team that is built for the future, for the next 15 years, with a focus on mobile, cloud computing, SaaS, social, big data and energy tech. We don’t want to chase consumer Internet deals.

Our successful fundraise, which was the highlight of the year for us, shows we have a story that resonated with LPs and we don’t need to change things.

Q: It seems the buzzword phrase of the past year has been ’consumerization of the enterprise.’ How do you see that trend taking shape?

A: We’ve gone from the mainframe to the PC to the Internet and now to virtualization, with access all over, all the time, from anywhere on laptops, PCs, smartphones, via the cloud and apps. What’s happening in tech is beyond the consumerization of the enterprise. It’s ’boundryless.’ We’re no longer tethered as we can access from anywhere at any time.

The consumerization of the enterprise is about having work seen on personal devices. And, yes, we see tremendous opportunities in this area in the next 15 to 20 years.

A: Yes. That’s another reason why we like enterprise deals. Consumer exits are a lot like dart throwing. But enterprise M&A and IPOs are more predictable. We’ve had some recent successes, such as 3PAR Data (acquired by Hewlett Packard), Ankeena (acquired by Juniper Networks), Quickoffice (acquired by Google), Redbeacon (acquired by The Home Depot) and Wichorus (acquired by Tellabs).

I expect 2013 will be a healthy year for exits.

Q: What about new hires? Any more changes in the works?

A: Yes. More hires along the lines of principals and associates.

Prashant was our most recent hire and we’re looking to bring on board another new serial entrepreneur as an EIR.

A: The incubator model provides good training and good experience for entrepreneurs. It’s not necessarily a venture-fundable business model. There are a lot of failures, and that’s OK. It’s a feeder system and a training ground.

But our model is not to spread. Our model is to innovate. Most, I’d say 70% of the entrepreneurs we back, are serial entrepreneurs. They jive with us. We share the same values. They’re not looking for a quick flip.

Q: I’m sure a lot of entrepreneurs look at it that way and would probably agree. Do you find that to be true?

A: There are a lot of successful incubators and accelerators. A lot of models can co-exist. We can all live together.