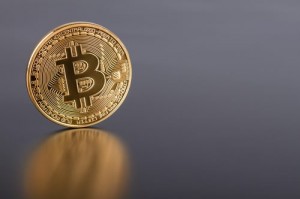 Blockstream, a San Francisco-based company focused on bitcoin and blockchain technology, has secured US$55 million in a Series A financing. The round was led by Horizons Ventures, AXA Strategic Ventures and Digital Garage, with participation from existing investors. The Series A round builds on the company’s US$21 million seed-stage funding, co-led by Canadian venture capital firm Real Ventures in 2014. Blockstream, which also has a presence in Montréal, said it will use the new funds to bring “blockchain innovation to market using its sidechain technology”, expand its operations and support industry partners. The company is led by Canadian entrepreneur Austin Hill.

SILICON VALLEY, Calif., Feb. 3, 2016 /PRNewswire/ — Blockstream, the leader in blockchain and related technologies, today announces that it has raised $55 million in Series A funding to bring next generation blockchain innovation to market using its sidechain technology, expand its operations globally, and support industry partners.

The round is being led by Horizons Ventures, AXA Strategic Ventures, and Digital Garage, with participation from existing investors including AME Cloud Ventures, Blockchain Capital, FuturePerfect Ventures, Khosla Ventures, Mosaic Ventures, and Seven Seas Venture Partners. As part of the round, Horizons has joined the Board of Directors. This builds on the company’s $21 million seed round announced in 2014.

Blockchain technology is at the bleeding edge of computer science and ushers in a new paradigm of programmable trust. The technology is rooted in decades of work in distributed systems, game theory and cryptography. Founded by Austin Hill, Dr. Adam Back, and leading Bitcoin engineers including Gregory Maxwell and Dr. Pieter Wuille, Blockstream provides companies with the most mature, well tested, and secure infrastructure in production – the Bitcoin protocol extended via interoperable sidechains – with one of the most experienced teams in the industry.

“Blockchain technology is redefining what is possible within the fintech ecosystem and beyond,” says Frances Kang, Horizons Ventures. “The transition to this new world – one that is decentralized, interoperable, secure, and trustworthy – is going to be illuminating. We are excited to be working with Blockstream to see their innovative sidechain technology reach its full potential.”

Sidechains, a novel blockchain protocol and platform, enable cross-chain functionality by extending Bitcoin to support both public and private blockchains. This approach leverages the most mature and well tested technology, as well as the nearly $1B invested in companies working with this code today, thereby drastically cutting the cost of trust, improving standards of security, and reducing network fragmentation.

“We are convinced that blockchain technology has the ability to transform not only financial services but also other industries,” said François Robinet, Managing Partner, AXA Strategic Ventures. “Blockstream has the best technical team in the industry and we strongly believe in their approach of developing foundational infrastructure for various blockchain applications. We value Blockstream’s open source approach and its sidechain technology, which will allow interoperability between different chains and provide critical long-term success in this sector. We also look forward to partnering with Blockstream to drive the transformation of insurance and asset management businesses.”

“We are excited to work with Blockstream to expand their business in Japan and other Asian countries in conjunction with Digital Garage’s strategic partners in the financial sector,” said Kaoru Hayashi, Group CEO, Digital Garage. “We look forward to seeing how cryptofinance and blockchain technology create new contexts for a better society.”