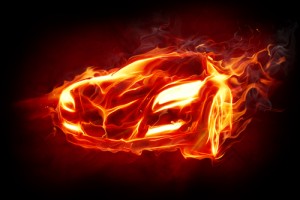 (Reuters) – Uber Inc has raised $1.2 billion from mutual funds and other investors in a funding round that valued the fast-growing rides-on-demand service at $18.2 billion in one of the highest valuations ever for a Silicon Valley startup.

Uber Chief Executive Officer Travis Kalanick announced the funding round on a blog on Friday.

The funding, eclipsed only by the likes of Facebook Inc before it went public, would appear to be a vote of confidence from investors for 4-year-old Uber’s growth potential.

Investors hope the company, which allows users to call up a ride on their smartphones, can expand globally and diversify into logistics provision.

The investors in the round valued Uber “pre-money” at $17 billion, according to the blogpost. With the infusion of $1.2 billion, that took the startup’s valuation to $18.2 billion.

Fidelity Investments put in about $425 million, Wellington Management added $209 million and BlackRock Inc contributed $175 million, according to a person familiar with the matter.

Uber, which did not give details about its latest investors, currently operates in 128 cities across 37 countries. The majority of Uber drivers are UberX drivers, who don’t technically work for Uber.

Over the past year, it has begun operating delivery services using drivers, who sign up to provide rides with their own personal vehicles or with car service vehicles or limousines.

Kalanick said in a blog post he expected to close a second round of funding from strategic investors of about $200 million.