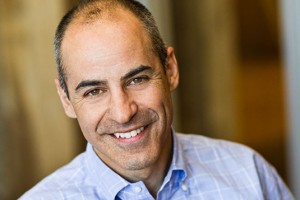 At $1 billion, Greylock Partners raised the largest fund of 2013. It was the 14th fund for Greylock, whose previous fund was also $1 billion.

The fund was closed in September, and since then the Greylock team has invested in at least a dozen startups, ranging in size up to $50 million. In the firm’s last fund, 120 of its 140 investments were in the seed or Series A stage.

On the consumer side, Greylock achieved exits with its investments in Facebook, Pandora, Instagram and LinkedIn. LinkedIn co-founder Reid Hoffman is a partner at Greylock. Since its last fund, Greylock has added John Lilly, Josh Elman, Simon Rothman, Jerry Chen and Joseph Ansanelli to the team.

Greylock also invests in the enterprise sector and achieved sizeable exits with the IPOs of Workday and Palo Alto Networks.

Ansanelli spoke to VCJ last year about the firm’s investment strategy, claiming that although many Greylock companies have completed an IPO, the team does not “generally think a lot about exits.” Ansanelli said they “spend a lot of time talking about success. Can this thing be 10 times better than the alternative?” (See video)

Ansanelli said that Greylock takes an active approach, staying hands-on with its investments. It aspires to be “ the first phone call that an entrepreneur makes when they’re running through that problem.”

Still, Ansanelli acknowledged that many of the firm’s investments may not pan out.

“Failure is actually a big big part of the process,” he said. ”We get thousands of business plans sent to us every single year. We invest in tens. Only a few of those actually blossom to become really big and successful companies.”