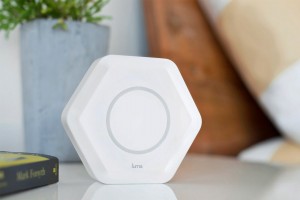 Luma has acquired Nodal Industries, an Internet of Things security startup based in Mountain View, California. No financial terms were released. Atlanta, Georgia-based Luma said it plans to integrate Nodal’s technology into its intelligent WIFI system, which is designed to bring speed, safety and security to the home WiFi network. Luma was launched in late 2015 with venture capital investment provided by several firms, including Canada’s Relay Ventures and Silcon Valley’s Felicis Ventures. With the deal, 500 Startups, which previously backed Nodal, becomes a Luma investor.

San Francisco – January 6, 2016 – Today Luma, the only WiFi system to bring speed, safety and security to the home WiFi network, announces the acquisition of Nodal Industries, an Internet of Things security company committed to securing the smart home. Luma will integrate the Nodal technology into its intelligent WiFi system, making Luma the only router with the ability to actively scan, detect and block malicious activity on any device connected to the home network.

“I couldn’t be more excited to join Luma’s world-class security team,” said Eagan. “By merging these two technologies, consumers will now enjoy the equivalent of having the world’s most advanced corporate internet security team right in their home–so you never have to worry about the security vulnerabilities that come with great smart home products ever again.”

Using a database of threats combined with behavior analysis to pinpoint virus and malware on any device connected to the home network, Nodal’s technology utilizes network-level analysis to detect malicious activity and actively block it. Combined with Luma’s network-based intrusion detection and vulnerability scanning, this multi-layered combined solution provides the deepest level of protection available for home networks, to leap even farther ahead of the competition in the space.

Quantifying Risk from the Internet of Things

Security risks associated with IoT devices are escalating. From your smart baby monitor to your WiFi-powered light switch, recent studies find that up to 70 percent of the most commonly used IoT devices have serious security vulnerabilities. Yet many Americans are surprisingly overconfident about their ability to control their connected home–while about 65 percent fear that their IoT devices may be hacked, 64 percent remain confident that they can control the security of these devices. Driven by Luma’s mission to create a truly unhackable smart home, this acquisition also creates the industry’s leading connected home cybersecurity lab.

Luma co-founders Judge and Van Bruinisse have partnered to build several leading security companies that total over $1 billion in exits, including CipherTrust (acquired by Secure Computing), Secure Computing (acquired by McAfee), and PureWire (acquired by Barracuda in 2009, which then went public in 2013). Judge, named to MIT’s list of the top 100 young innovators in the world in 2003, has three degrees, including a Ph.D., in Computer Science with a focus on Network Security.

“The reality is, IoT threats are everywhere, yet few people realize how dangerous they really are,“ said Dr. Paul Judge. “We are thrilled to have added Eagan’s expertise and Nodal’s technology to continue to build out Luma’s intelligent, automated and consumer-friendly approach to home network security.”

“Investing in Nodal was an easy bet,” said Dave McClure, Founding Partner at 500 Startups. “Creating a safe and secure connected-home experience is fundamental in a growing economy of smart home technology. We’re excited to see the Nodal and Luma teams join forces and look forward to watching their continued success.”

To learn more about the company and order your Luma today, visit www.getluma.com.

About Luma
Co-founded by enterprise internet security veterans Paul Judge and Mike Van Bruinisse in 2014, Luma is Surround WiFi that brings home internet into the modern era. With a focus on speed, safety and security, Luma empowers users with visibility into their home WiFi system and control over their family and home network’s safety. You’ve never had WiFi like this.